In France, there’s a saying for a time when you “have your head in the handlebars” focused on your career and building a settled life. It’s a time that lacks moments to stop, look around and think about the track you’re on. Five years ago, with my head firmly in those handlebars, I finally took some moments to stop. Steve and I looked around our lives and realised we weren’t satisfied. We wanted to break free from our comfortable lives and discover the world. We wanted to shake from our comfort zones and see where our whims would take us. I quit my job, Steve took his on the road, and we bought a one-way ticket to Rio. The rest is what this blog is about.

Throughout those five years our goals and ideas took on many shapes and sizes. I wrote earlier this year about how we’ve finally found a work-life-travel balance that worked for us, and one of the things that was central to that was finally choosing a base. As this blog tells, we tried many places, including Mexico, Bali and Berlin, before finally settling on the country we come from; we wanted to be close to family and friends.

We presumed the place we’d stay would be London. We both love the city and many of our friends live there, but after being back for six months, we started to remember some of the reasons we left in the first place. London is an exciting place to be; it has an infectious energy that inspires and enthrals, but that energy can also be tiring. When you’re in it, the pace feels normal, but with perspective, it felt too much. We’d gone from almost moving to a beach town, to being back in the belly of capital life. We needed something in-between.

London is also fiendishly expensive. We looked at moving to a bigger house with a garden, but the prices were out of reach. To make it happen, the work-life-travel balance we’d strived for would have been toppled by the drive for higher-paid work. It wasn’t a compromise we wanted to make. So we started to look elsewhere.

No UK city can rival London for culture, but we wanted one that came close – a place that musicians travel to, where artists thrive, and where, on any given day, you know something special might be happening. We wanted somewhere small enough to foster community, but big enough to be surprising. And we wanted to be close to the countryside, ready to take a walk on a whim and breathe the forest air.

What makes a home

Places that crossed our radar were Brighton, Manchester and Edinburgh, but there was one city that always stood out. It’s where Steve grew up, and where we already have friends and family. It’s a city famous for its community spirit, green-mindedness and creativity. Countryside is on its doorstep and cultural events are plenty. It ticked our boxes and the prospect of a new life there felt exciting.

It being Steve’s hometown was the biggest factor counting against it. After years in London and around the world, it was a mental hurdle to consider going home. Being in England, I often find it difficult to contend with the historical layers of my own self, and that’s amplified in my hometown. The same goes for Steve. But facing oneself is part of the journey and eventually the positives outweighed the negative, and we made a choice to move to Bristol.

So that’s where we are now. We’ve bought a house we’re making our home. We’re putting down roots and starting a new chapter. I don’t know what those pages will look like – I’m starting a book club, I’ve taken up African dance and have applied to volunteer as a mentor for refugees. We have visitors every week. And travel will still play a part.

When we started this blog, we were on a quest to find a way of living that worked for us. We learned there wasn’t one fixed answer, but puzzle pieces to be gathered. This move is part of the puzzle, and the writing was on the wall all along. Bristol’s most iconic symbols are its suspension bridge and balloon fiesta – it’s famous for its bridge and balloons. I think we’ll fit in well. 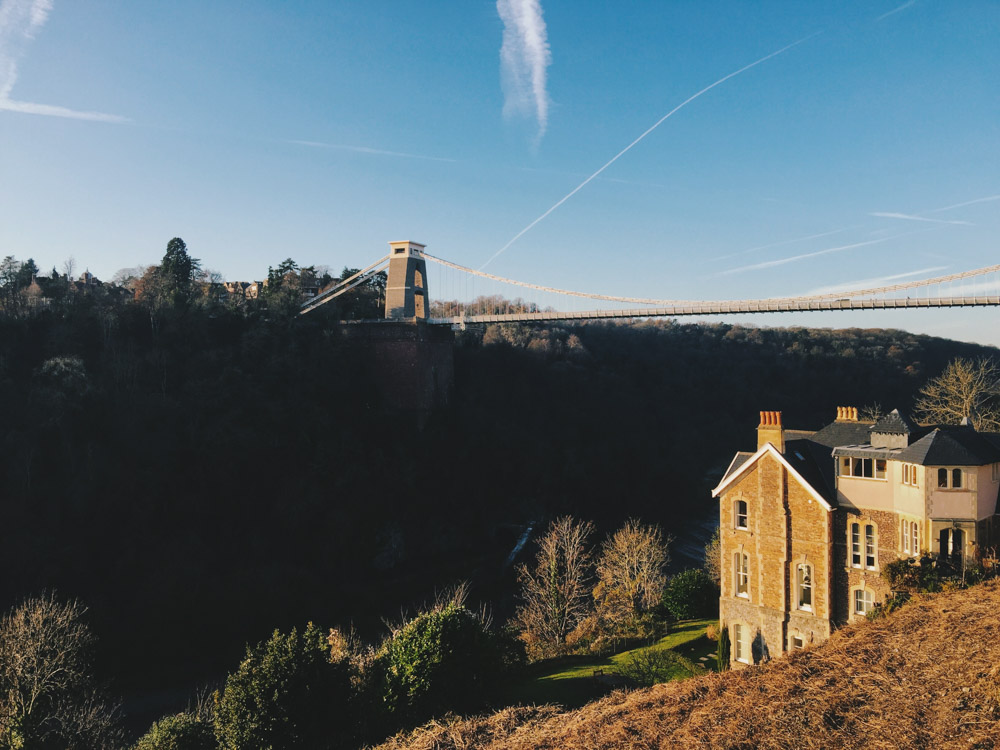 1 thought on “It was always in the title”