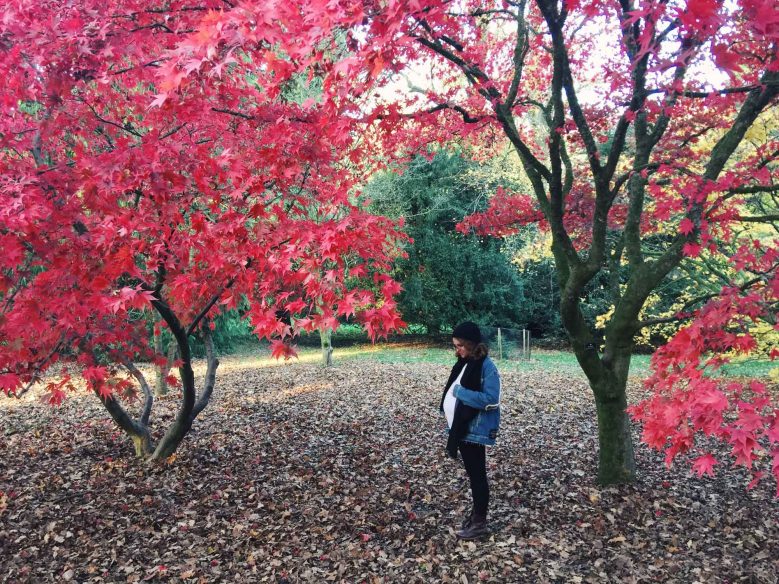 This week I say hello to the third trimester of pregnancy. Time has flown and it’s hard to believe we’ll be meeting our baby in less than three month’s time. This post is a little update on how the pregnancy has been so far. I know it won’t be so interesting for all of you (in which case head over to the travel section where there’s plenty of stories to keep you entertained), but I’ve personally loved reading other blogger’s pregnancy updates and finding out about their experiences. After all, pregnancy is a pretty fascinating journey!

For the most part, the second trimester has been pretty darn lovely. The exhaustion I experienced in the first 12 weeks eased away and I’ve been able to continue life pretty much as normal, travelling often and getting lots of work done. That’s started to change in the last week or two when I’ve begun to feel pretty heavy and my back has started to ache. Sleep is also getting more tricky and I wake regularly through the night: people theorise that this is to train the body for sleepless nights ahead, but surely it’d be better to conserve that energy now?! 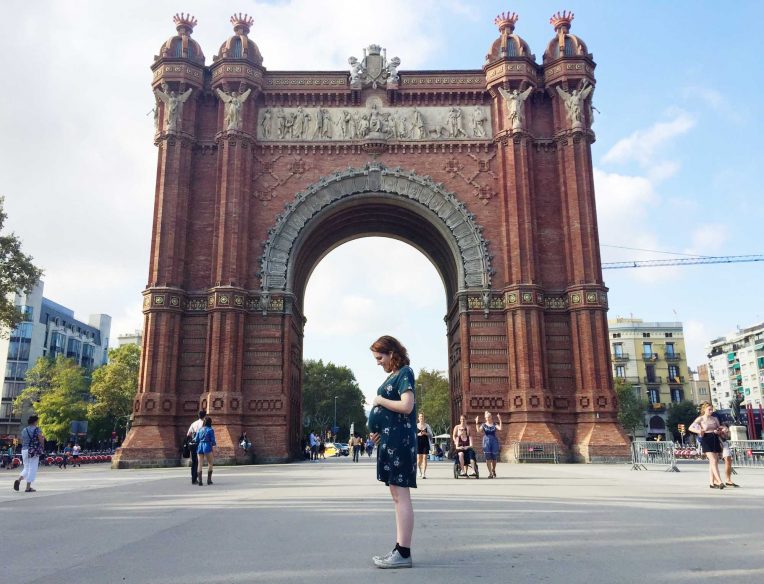 What’s going on with my body

My body changes over the past 13 weeks have been immense. What started as a tiny little bump that had people guessing is now a hefty dome that leaves no room for doubt. I think my bump got noticeably bigger around week 21-24 when suddenly I felt huge! As my baby grows, I’m getting more aches and pains in my lower abdomen and back, but so far it’s manageable. The main issue is when I forget I’m pregnant and move around too quickly. I ran for a train last week and ached for two days after. I also now have an excellent support pillow (the Dream Genie) that’s making sleep more comfortable – after about 18 weeks, you’re meant to sleep on your side and I normally sleep on my back, so the transition was a challenge. There are lots of other delights I hear are on the horizon, from haemorrhoids to heartburn, but the other ones I’ve had so far are leaky nipples(!), a bit of indigestion, a stuffy nose, dry skin and pregnancy acne.

I have hypothyroidism (an under-active thyroid), which can pose problems in pregnancy, so the doctors upped my dose right at the beginning and have been monitoring my levels since. All looks fine so far and I just have to have one more test at 28 weeks. I also have to do a glucose tolerance test in a couple of weeks to check for gestational diabetes, but the doctors think that’s highly unlikely. 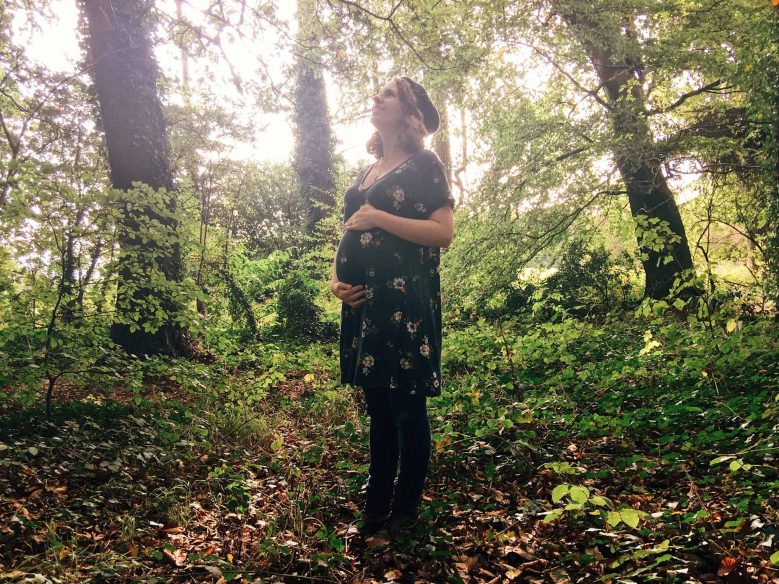 Steve and I just completed a course in hypnobirthing, which is all about transforming your attitude towards birth and finding a way to meet it with a relaxed rather than fearful attitude. It’s certainly done the trick so far, and I feel excited rather than scared about giving birth. We’ve been given relaxation tracks to listen to and various different exercises to practice and I’m already finding them useful for easing my anxieties. If you live in Bristol, I can’t recommend our teacher more highly – Katheryn Gallagher at Bumps n Babies. Kathryn is also a midwife, which added an extra layer of expertise and reassurance.  Steve and I are also going to be doing NCT antenatal classes, but not for another month or so.

In the first trimester, I was doing a bit of yoga every day, but I’ve become a bit more slack about that recently, mainly because I’m trying to get lots of work done before the baby arrives, so I’m not doing very well at the whole work-life balance thing. But for the past week, I’ve been trying to change that, especially now my back’s aching, so hopefully the next update will say I’ve been doing plenty of yoga! I’ve only been to one group class as I’m struggling to find ones at a suitable time, so I’m using Yogaglo instead.

I’ve also started aquanatal classes at a local hotel, which is lovely for feeling weightless in the water. And other than that, I’m mostly keeping fit by walking. This has been especially easy on our various trips away when we walked up to 20km per day. The work-life balance issue and my increasing waddle is making that harder in Bristol, but I’m keen to keep it up. 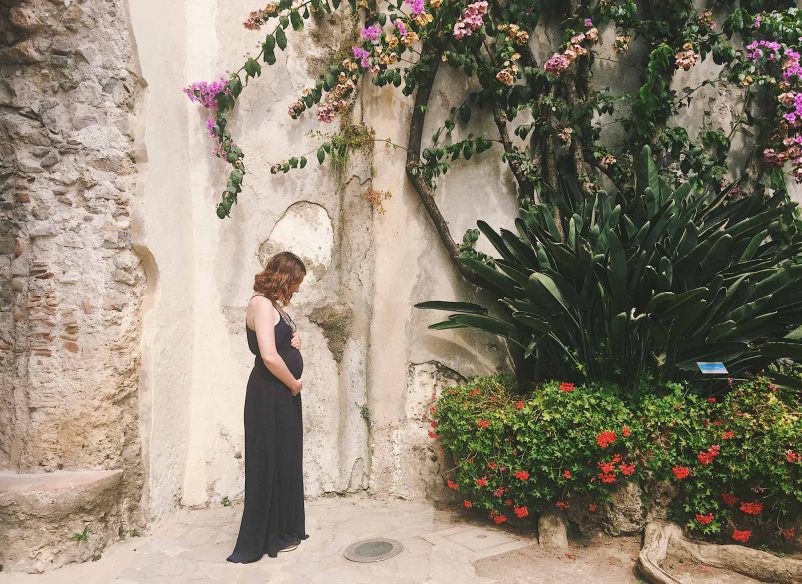 I definitely took advantage of the second trimester’s reputation as the best time for travel, going away seven times in total! And I agree that it’s a great time to travel, although of course that will depend on each individual’s own pregnancy experience. I think I’ve been pretty lucky in terms of my energy levels and feeling well.

The biggest trip we did was our babymoon to Italy, a magical few weeks filled with great food and lots of beautiful time spent together. I’ve written a full itinerary post with all we did, where we stayed, what we ate and how much it all cost. Plus here’s a post about the food to avoid when pregnant in Italy. We also had a brilliant few days in Barcelona, which I’ll write about soon. Our other trips were in the UK, to York, Hayling Island, Edinburgh Festival, West Scotland and London. 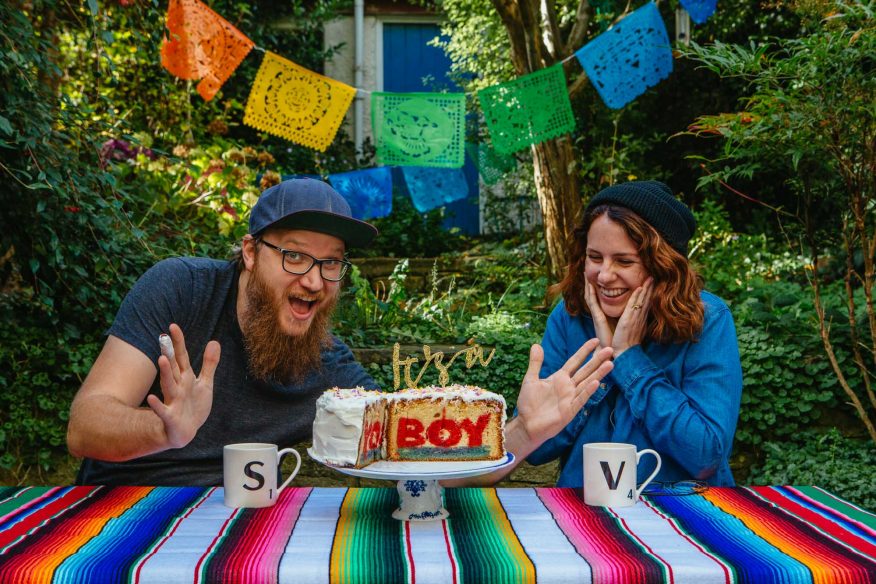 If you saw our gender reveal post, you’ll now know that we’re expecting a boy! The post has all the details of when and how we found out, plus an extra special cake made by Steve!

What about maternity leave?

Argh, maternity leave is a tricky one to figure out as a freelancer. It’s at times like this that I really feel the disadvantages of not having a regular full-time job where I could be receiving plenty of paid leave. But on the other hand, being freelance means I’ll have a lot of flexibility when it comes to returning to work, and the same goes for Steve. Swings and roundabouts, as they say.

What I’ve decided to do is this: I’m finishing my regular freelance editing/copywriting work at the start of December, and then I intend to stop working on the blog around early January, leaving me with a week or two before the baby arrives (unless he’s early of course!). I won’t be returning to regular freelance work until September, but working out how to manage the blog is a little more tricky. I’m currently writing all the posts that have been piling up on my to do list for the past year and I’m going to schedule one a fortnight, ideally up until around July/August. But, to be honest, that’s quite a lofty goal. If I do enough up until May I’ll be happy. And then, I’ll fill in the intervening weeks with posts I write at the time, if and when I feel up to it. It’s pretty hard to know how I’ll be feeling once the baby arrives. I’m also looking into hiring someone to help with my social media for those first few months. Although I’ll also be updating you guys myself through Facebook and Instagram if and when I can. 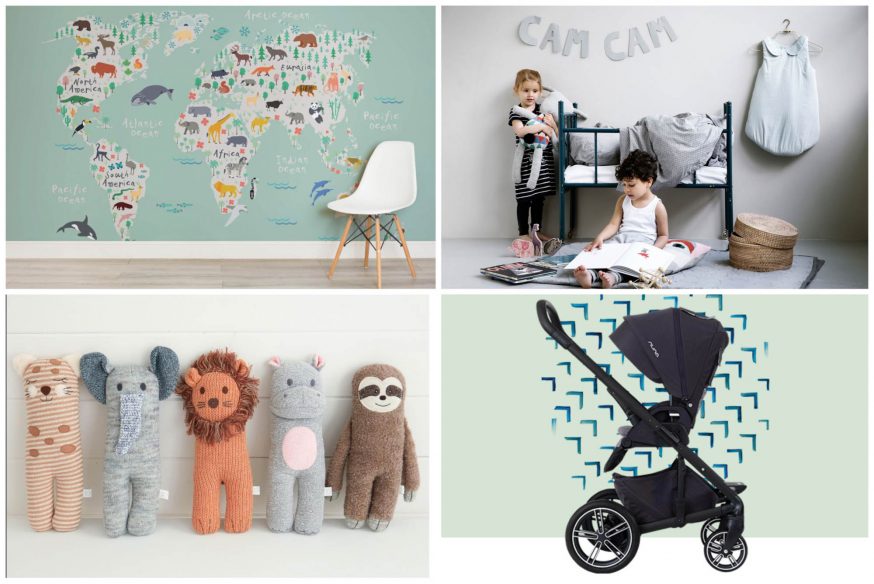 This is one of the things I’m loving most at the moment: planning and decorating the baby’s nursery. He’ll be living in our room for the first six months in a little crib called a SnuzPod that can be attached to the bed. But after that, he’ll have his own room. It’s going to have a travel theme with lots of Scandinavian design and I can’t wait to share it with you once it’s done. This amazing wallpaper is a highlight 🙂

What else we’ve been buying

Oh my, it’s mind-boggling the amount of things people say you need for a baby. We’ve tried to wade through all the unnecessary bits and come up with an essentials list, but even that is pretty long. Luckily we know quite a few people with slightly older babies who are handing down bits and bobs, so that helps. I’ve also been doing my research and have found lots of wonderfully stylish and ethical baby brands who I’ll hopefully be partnering with on the blog. A few favourites so far are CamCam Copenhagen, Finn + Emma and Albetta. We’ve also managed to choose some of the things that require big decisions, like our Nuna Mixx pushchair. It’s a travel system, so my family kindly clubbed together to buy us the car seat to go with it – our first gift for the baby 🙂 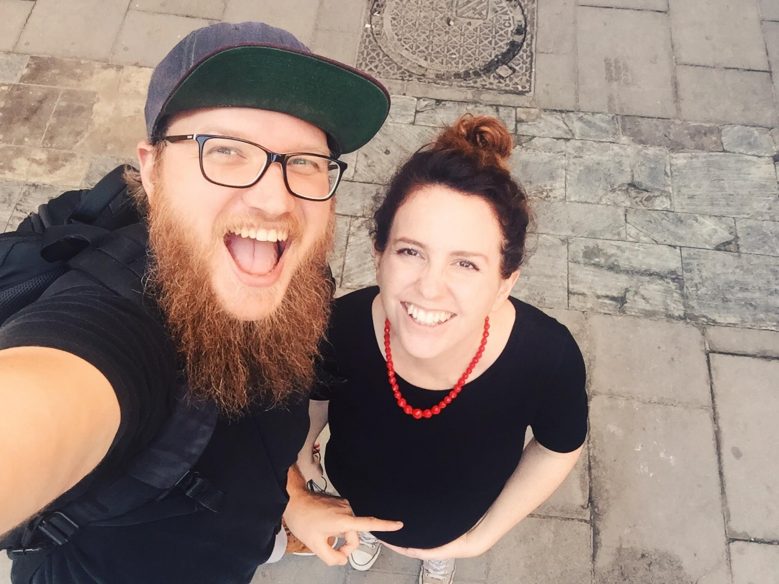 My absolute favourite thing so far about being pregnant, aside from finally getting here, is feeling our baby move. It’s an incredible feeling to sense him wriggling around inside of me, kicking, turning and doing his gymnastics. I often wish I had a way of peering into the womb to see exactly what he’s up to. Another wonderful thing this week is that Steve can now hear the baby’s heartbeat simply by pressing his ear to my belly. Every time he tries, the baby gives him a little kick in the ear. It’s lovely, because as the mum I get to experience so much in pregnancy, so it’s nice that this is something only Steve can do.

So that’s the second trimester done…now onwards to the third!

I’d love to hear your experiences too 🙂