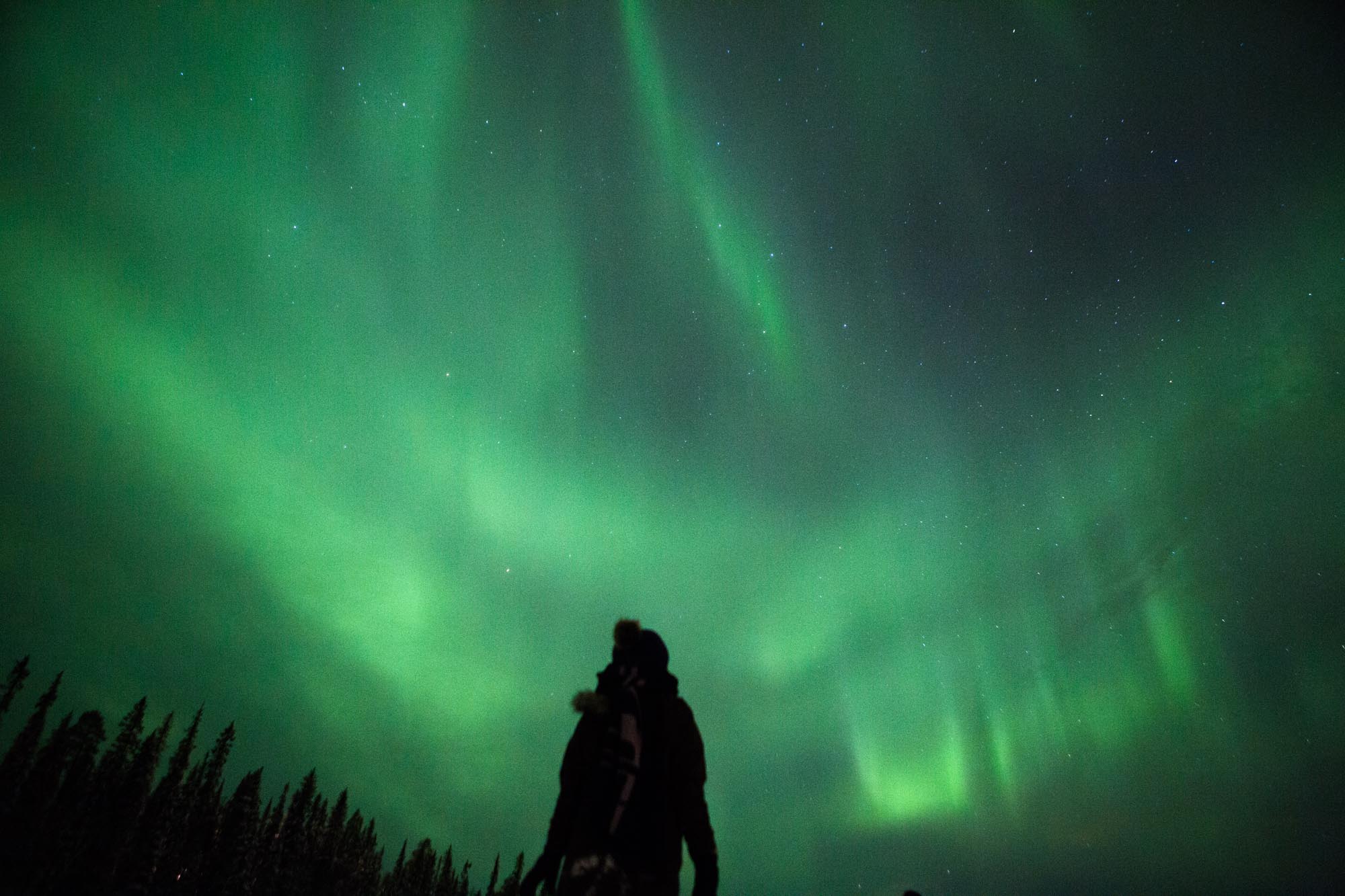 Steve’s beard is made of ice again. And we’re staring at the sky.

There’s a smudge upon the horizon, but is that just a cloud?

And smudges aren’t what we’re after. We’re hoping for a show. In Iceland, it showed its face, but only in shades of grey. Please fire up tonight.

I lay back on the snow, preparing to call it a night. The KP Index is two this eve, so hopes aren’t soaring high.

But then a wisp catches my eye. Three bright columns, with the faintest hint of green, are tiptoeing across the sky.

The aurora has arrived.

I’d waited for this moment; hoped and wished and dreamed. But the beauty of it left me starstruck.

For two hours straight, Steve and I jumped around like kids, clapping our hands, gasping, and failing to come even close to words that could do it justice.

“This is completely dumbfounding.”

The columns turned to snakes that spread across the sky, winding their curves in an elegant dance that mesmerised all of us below.

New strokes appeared and added to the canvas, pulsing like pink-green notes on a wild galactic score.

“THIS IS FUCKING INCREDIBLE!” screamed an ecstatic french man, to nods from all around.

And it didn’t stop surprising, building in intensity as the night drifted on – until at one moment, the whole lake around us glowed in a bright green light, illuminating all the onlookers who had been just voices minutes before.

It’s a beauty I’ve never seen – a dancing act of cosmos that inspires awe right to your core.

Our home is made of magic. 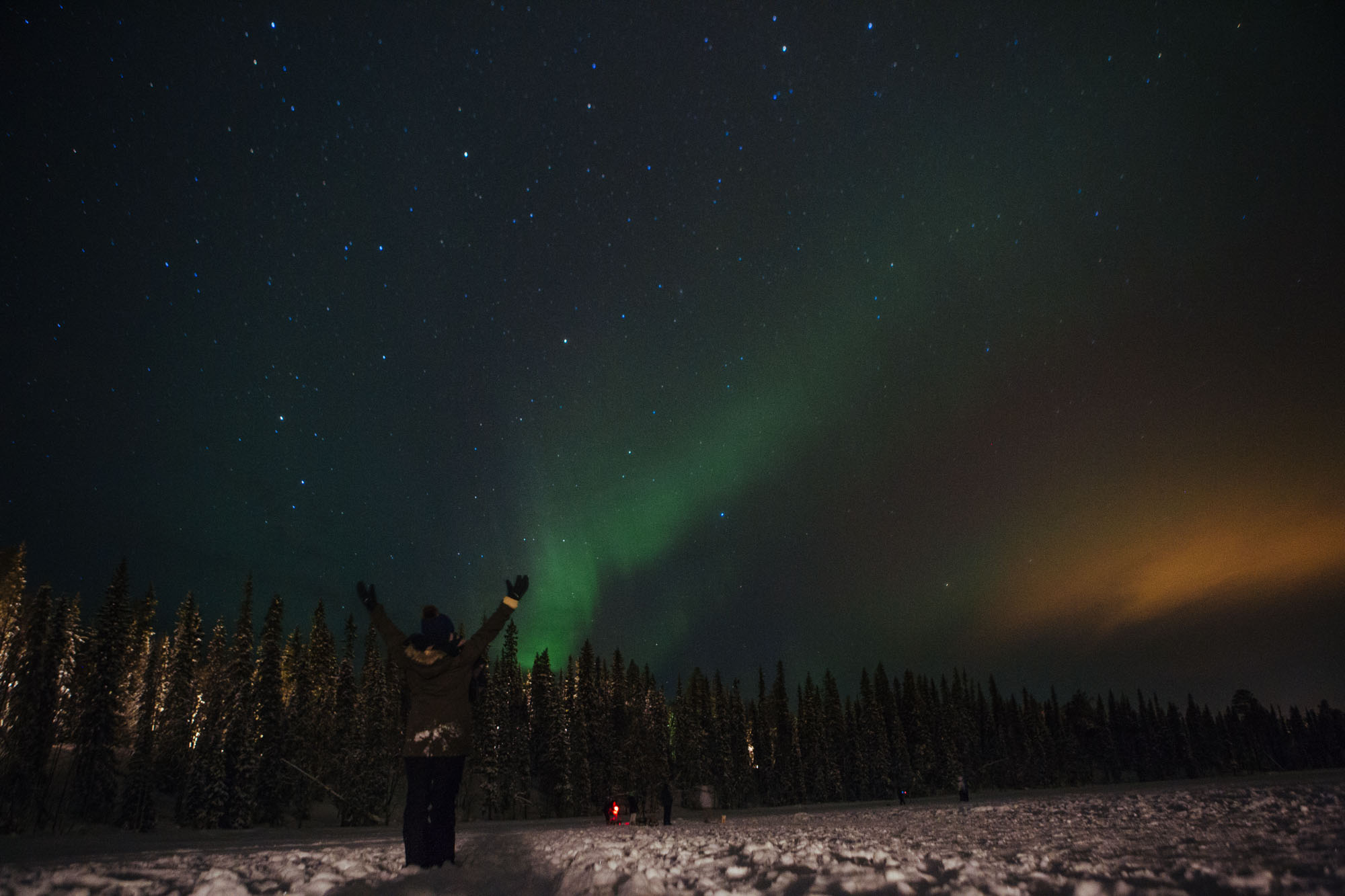 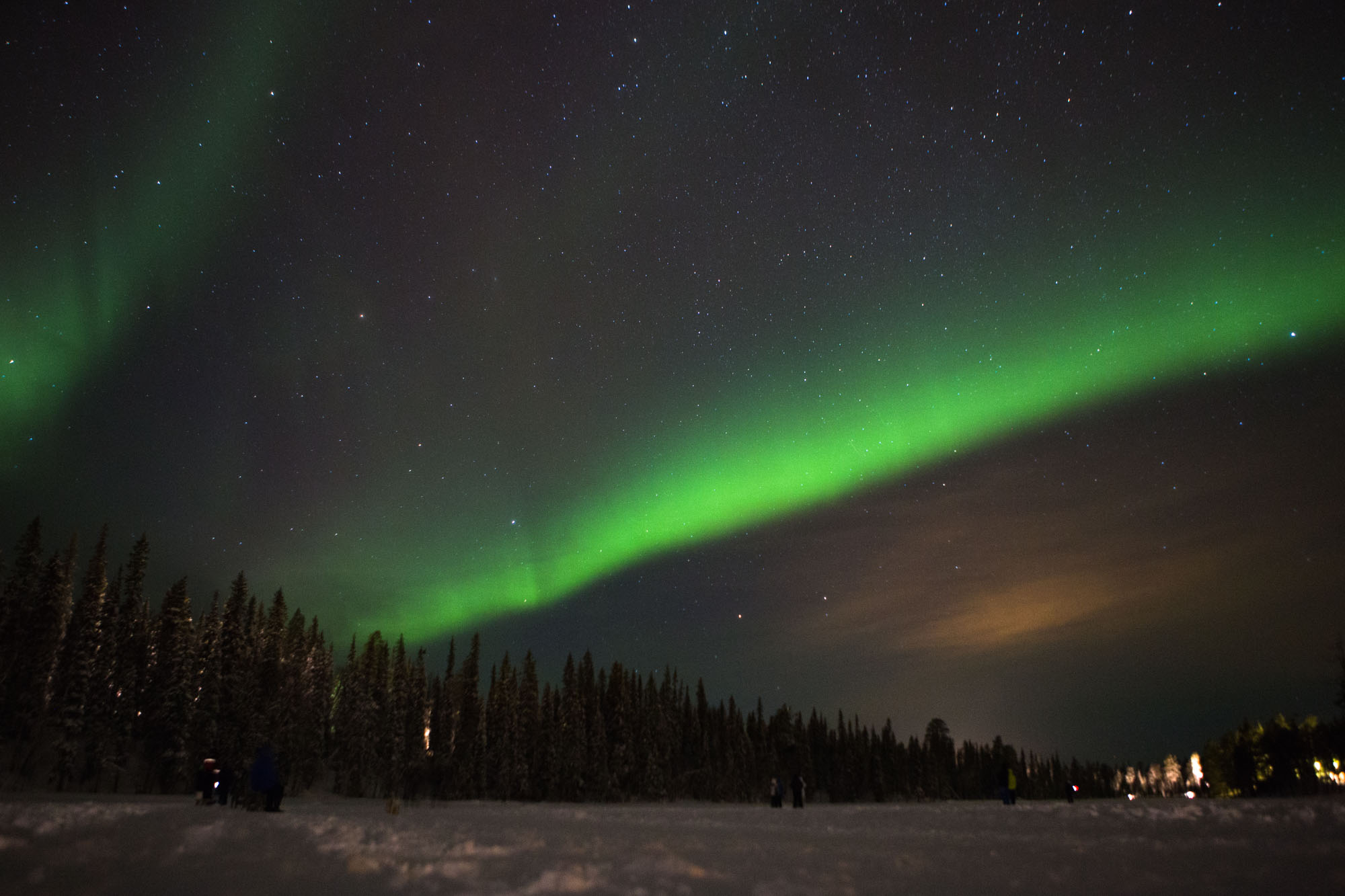 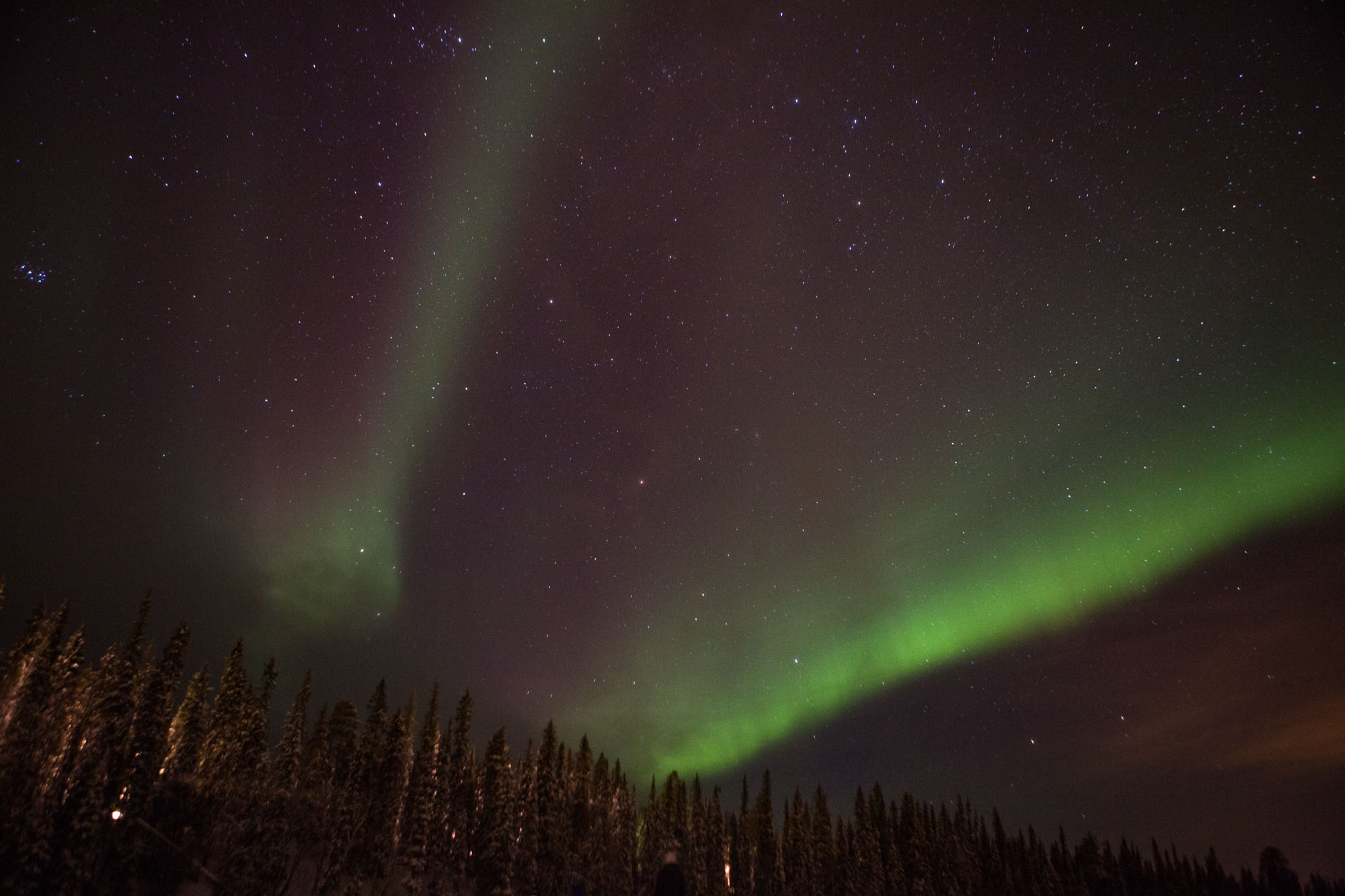 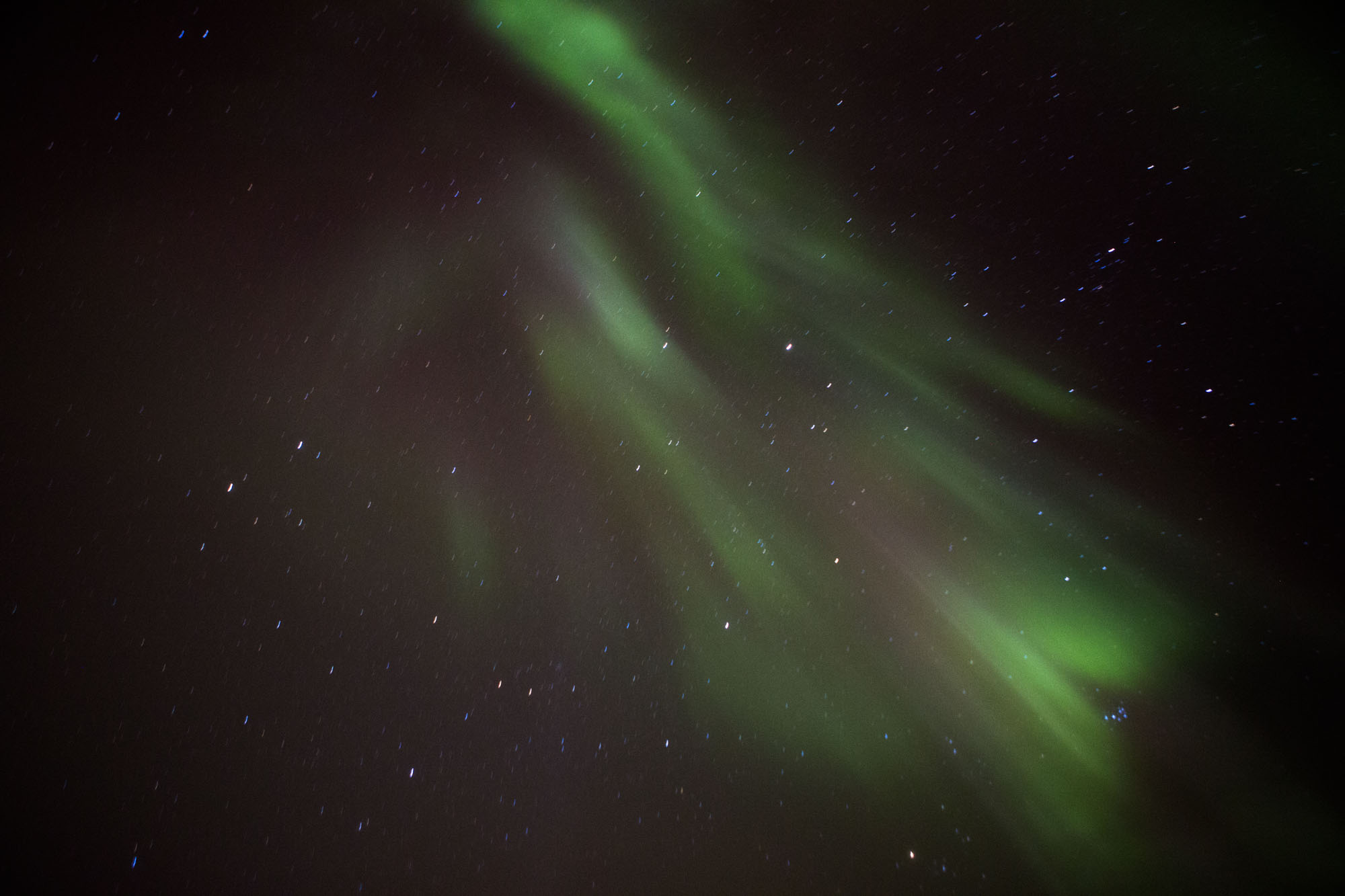 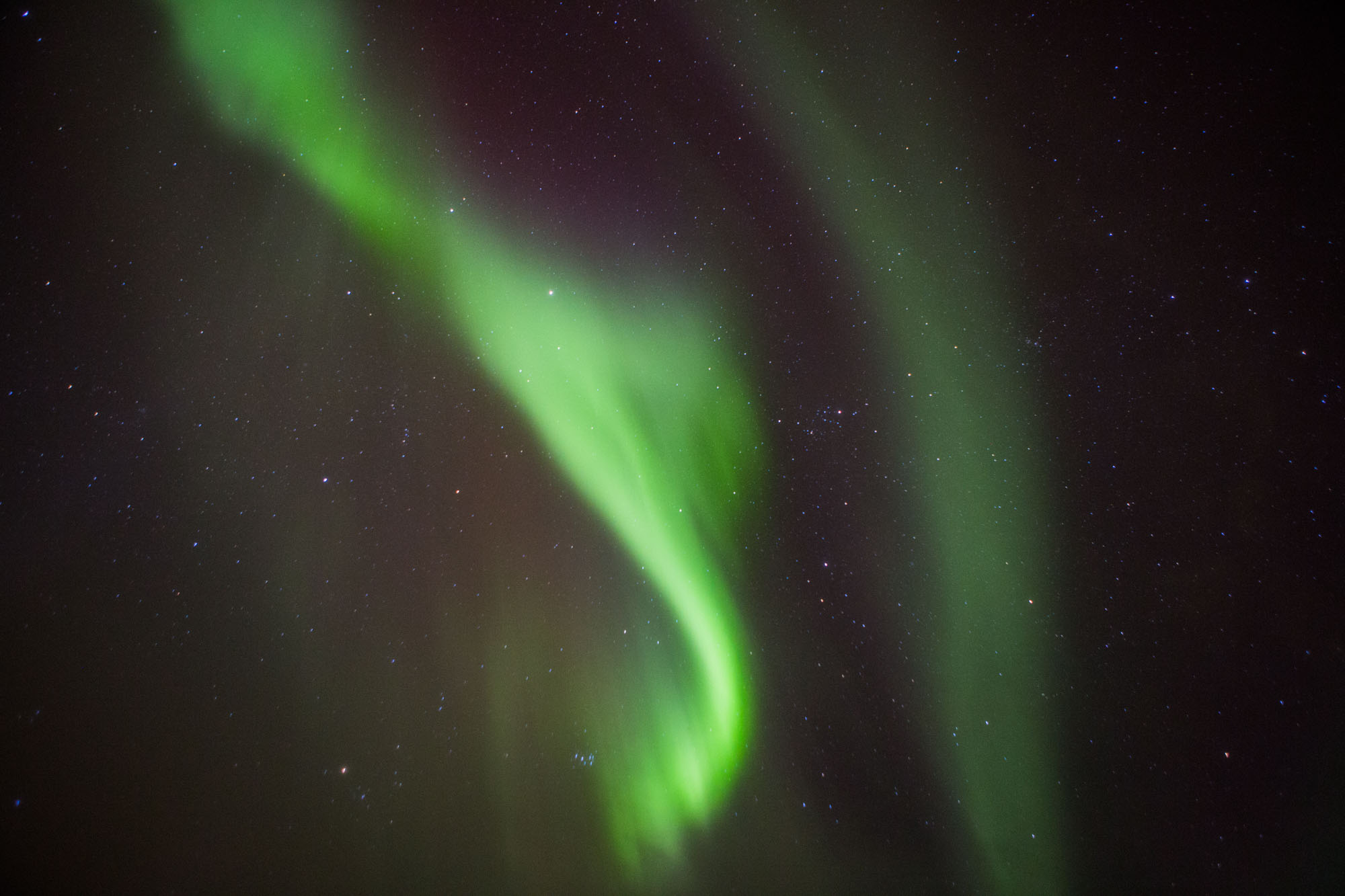 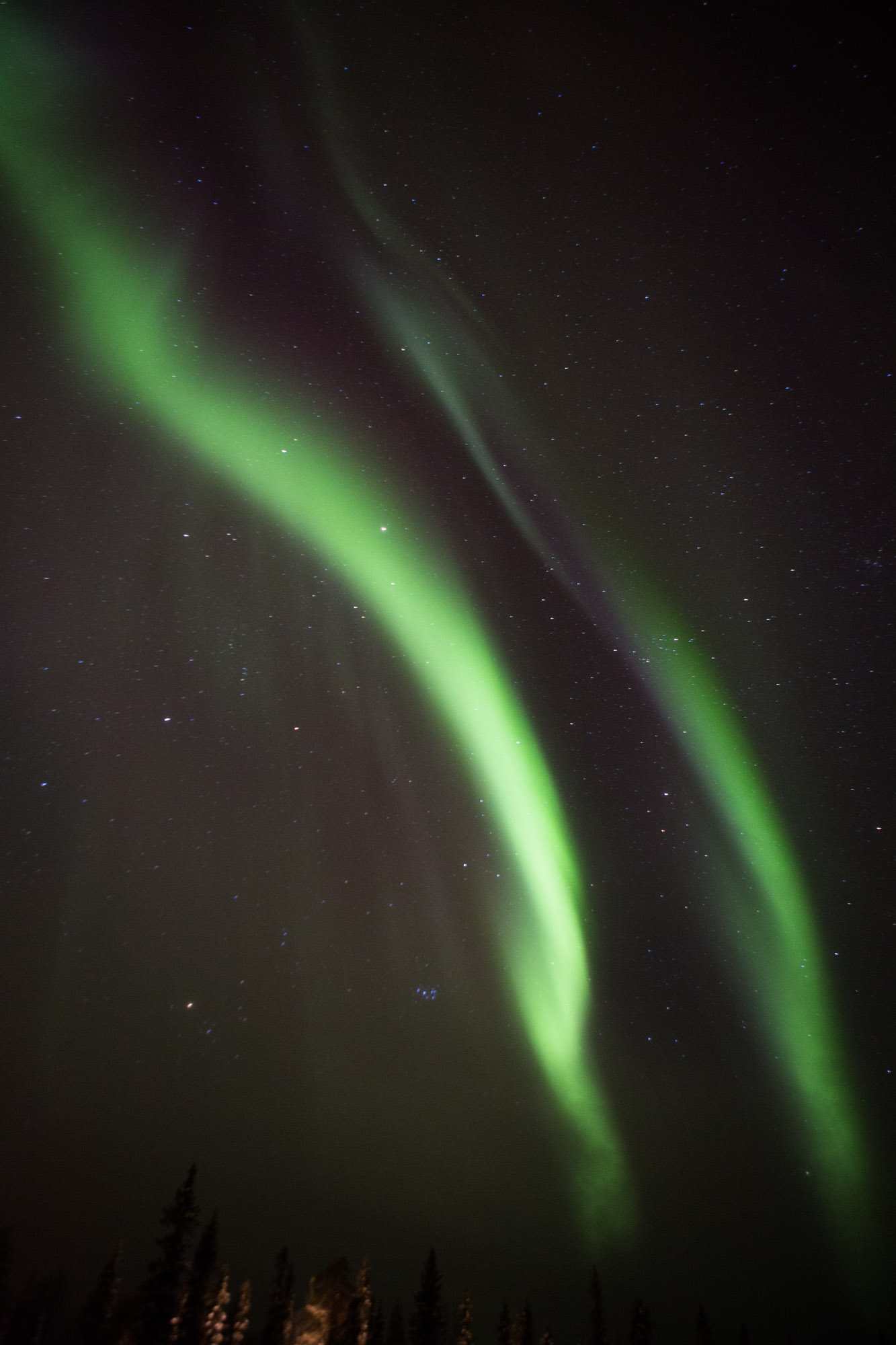 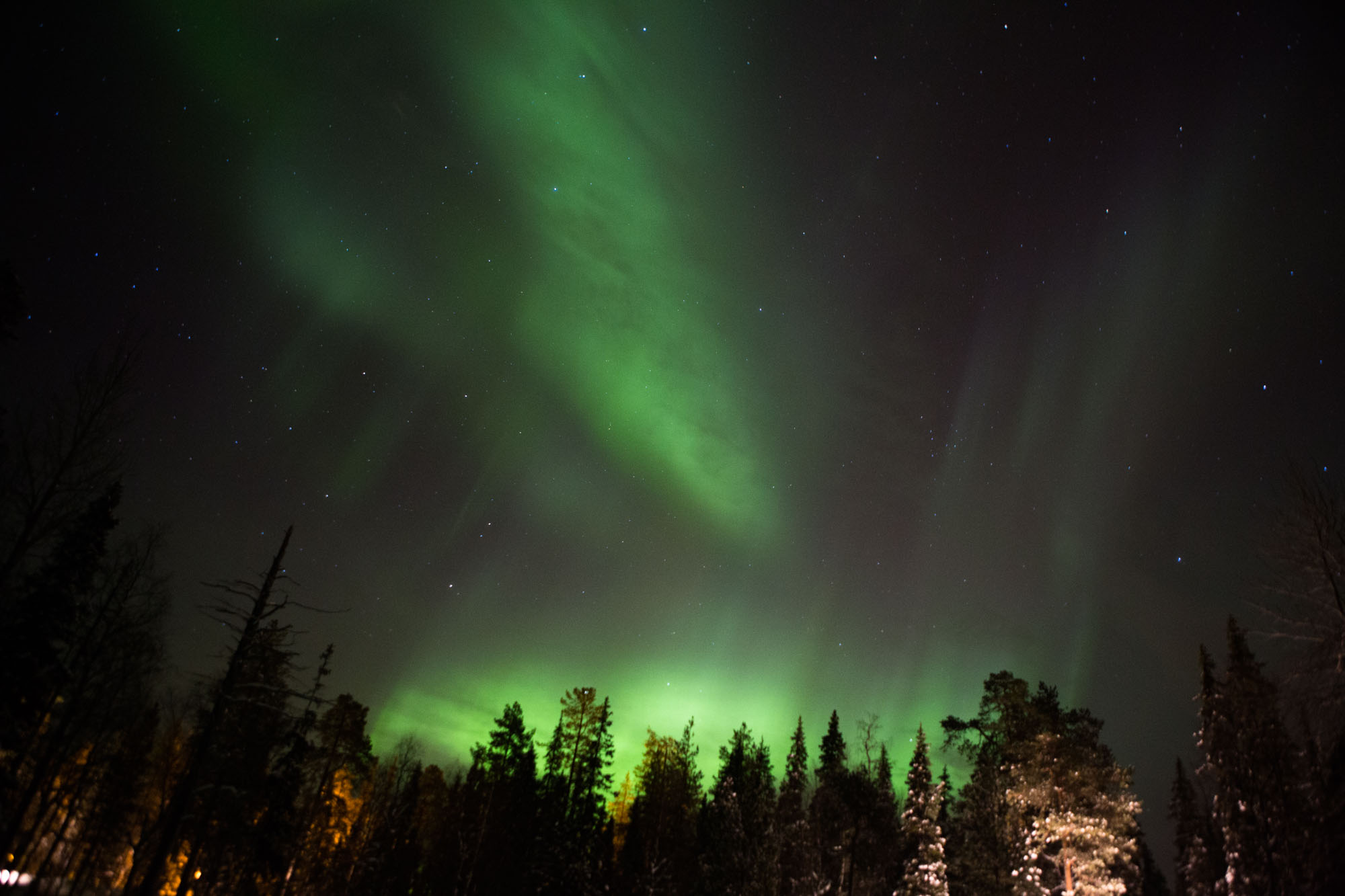 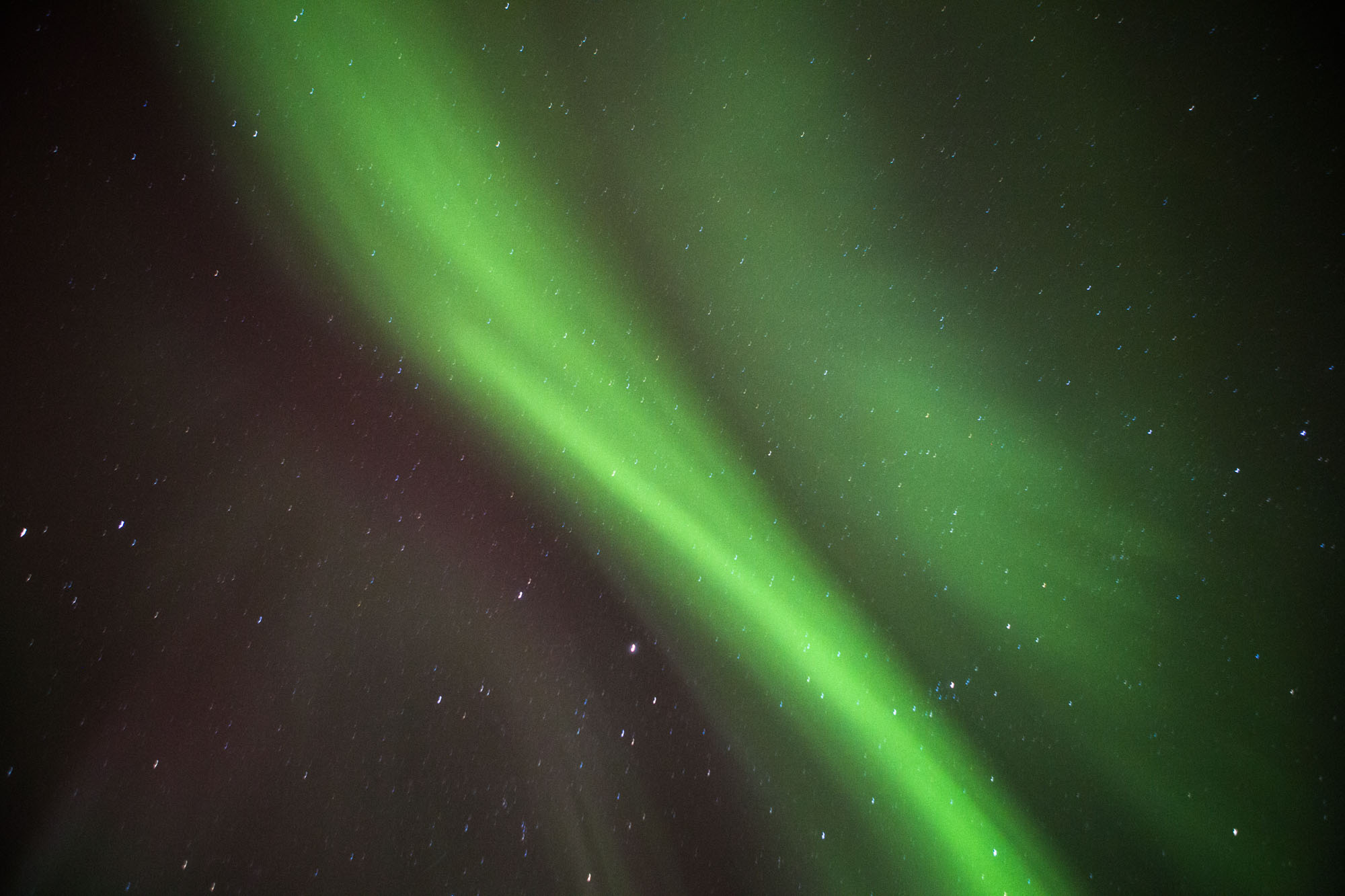 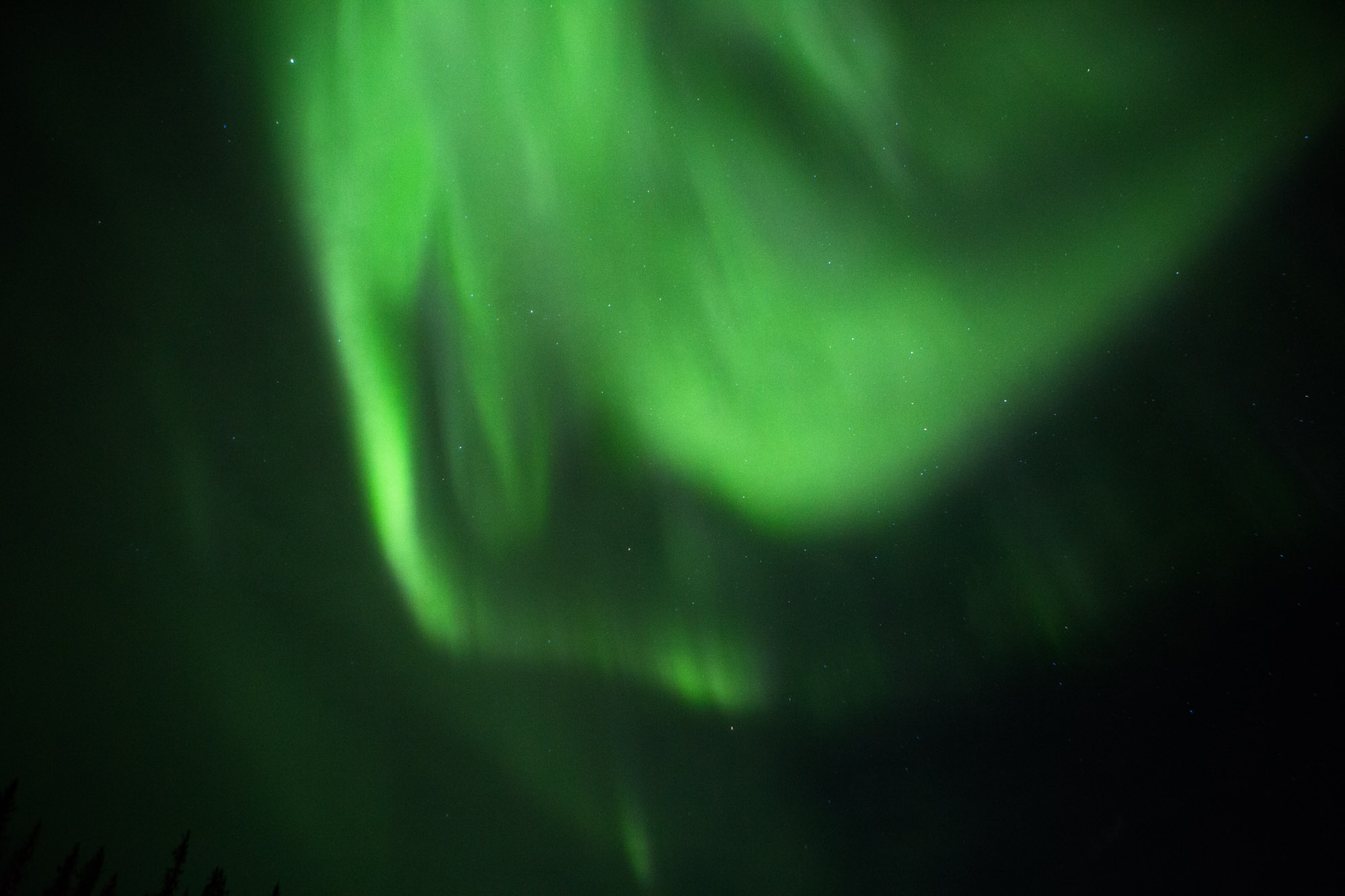 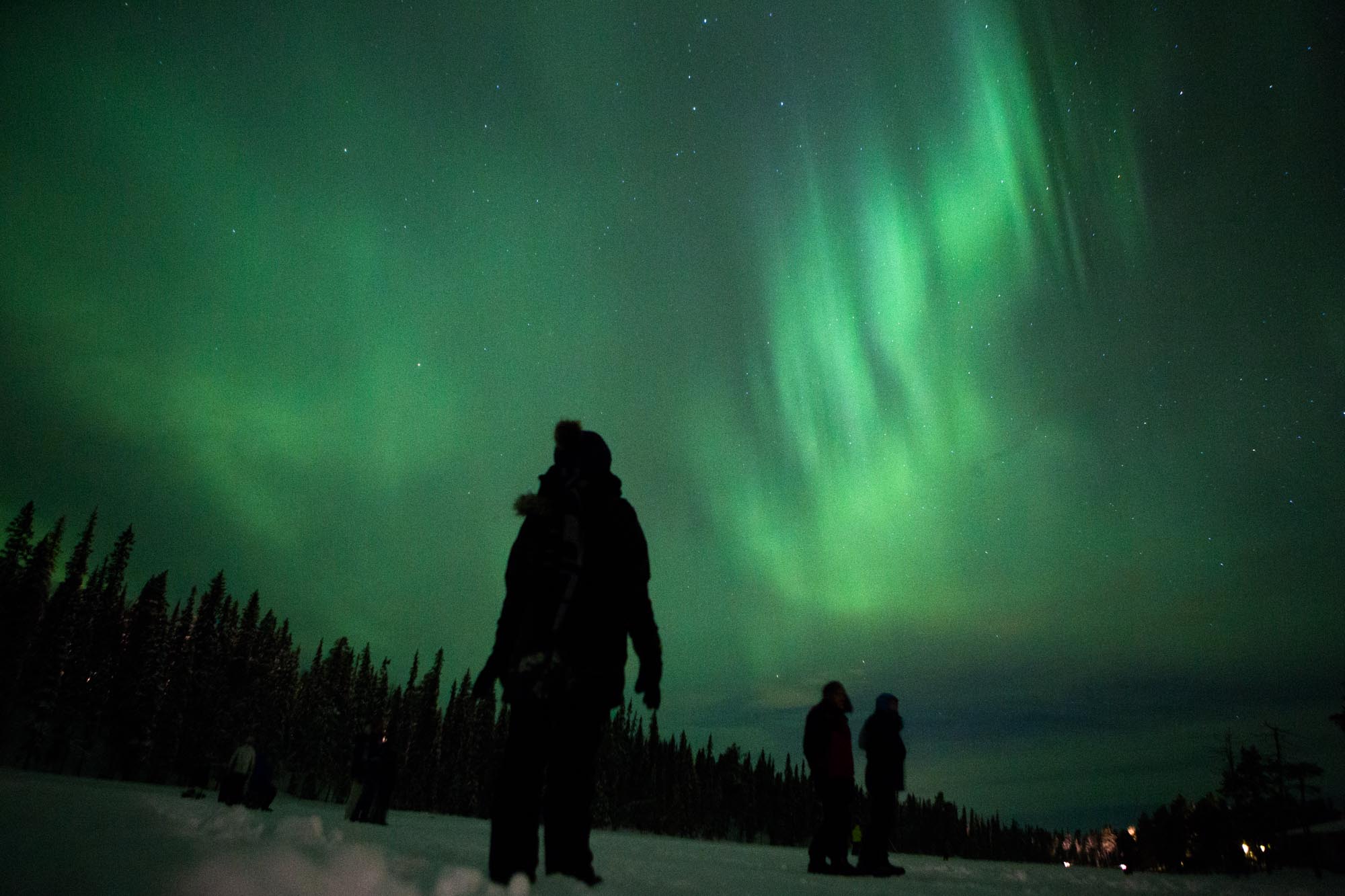 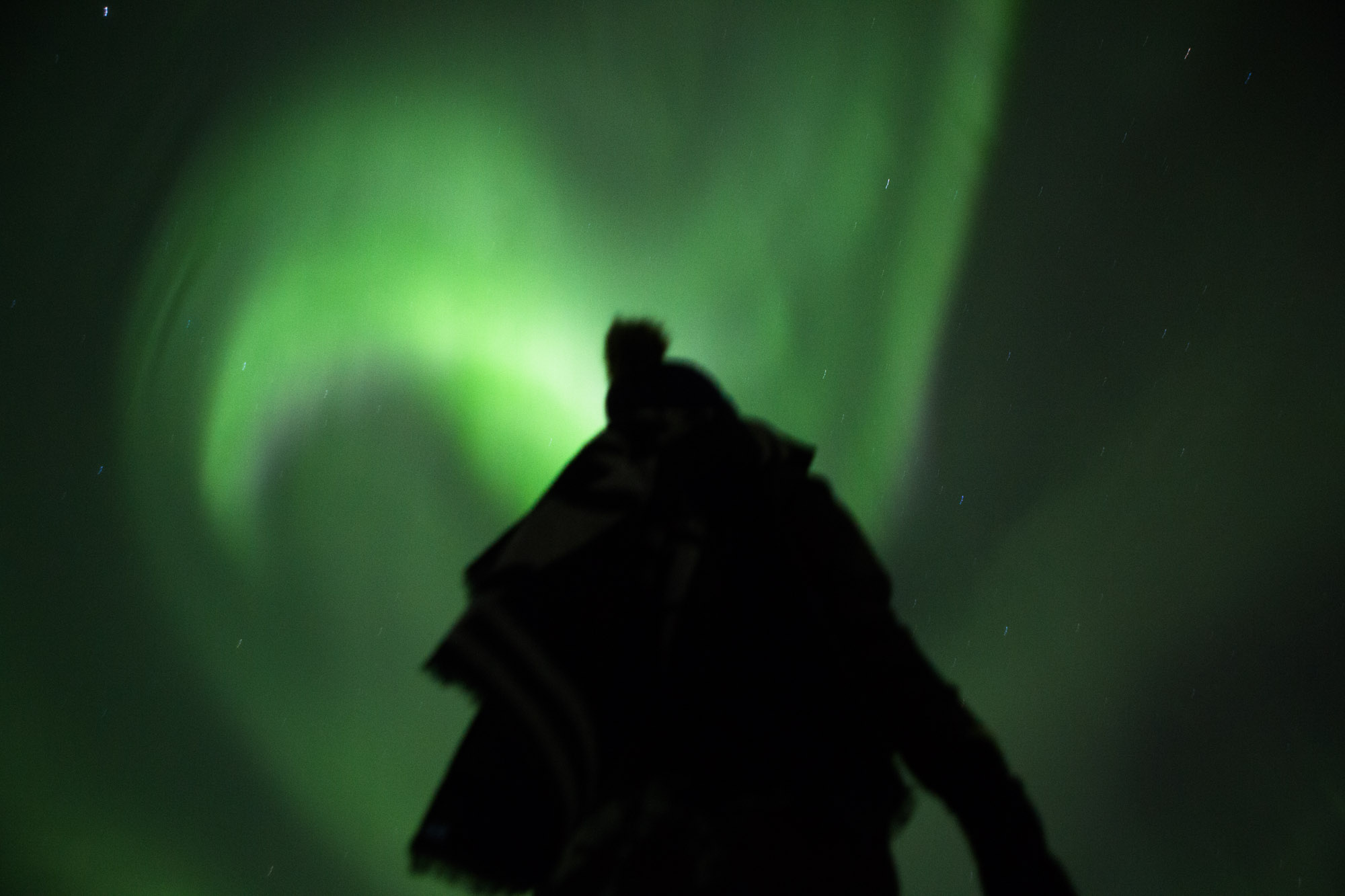 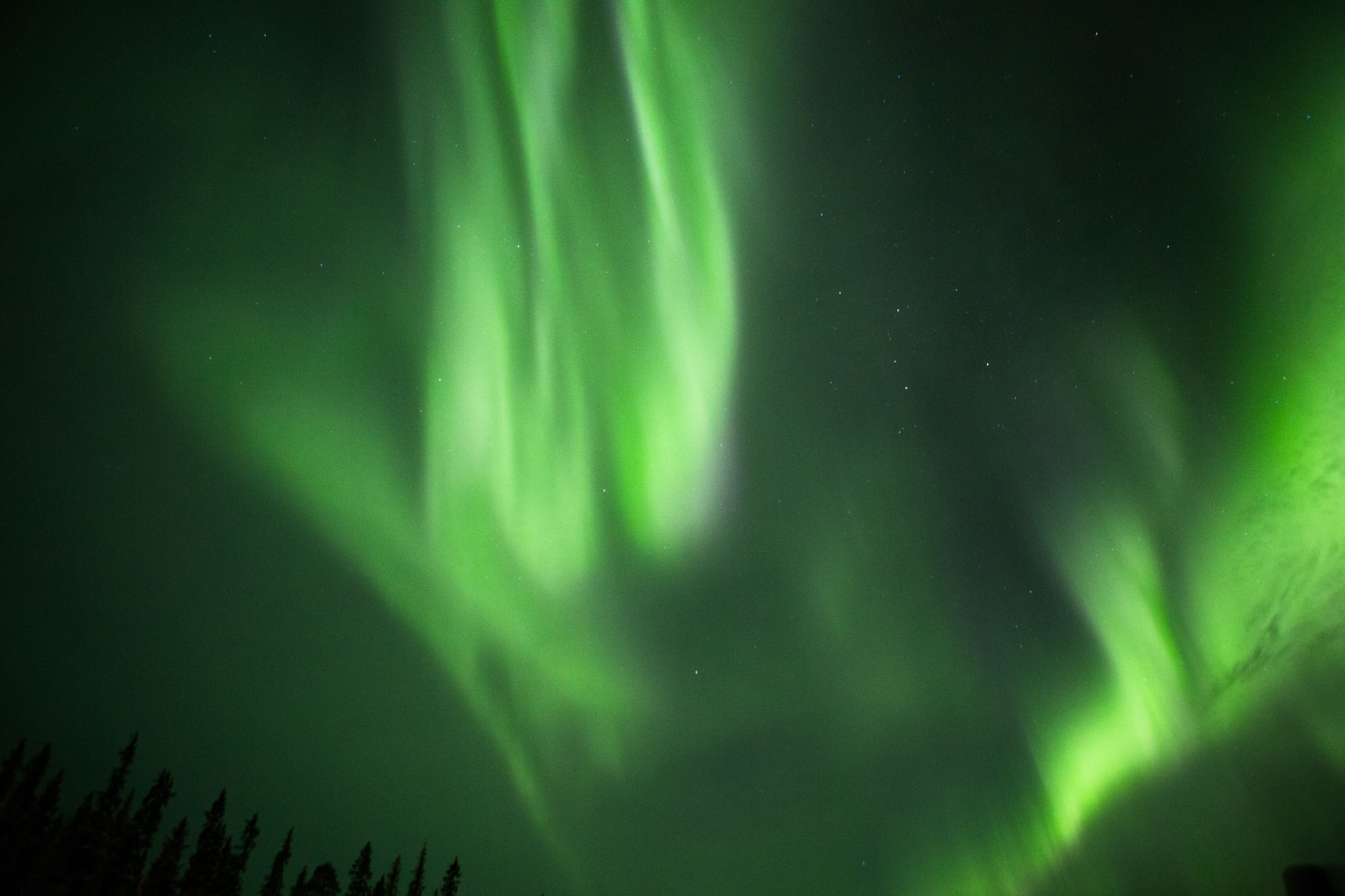 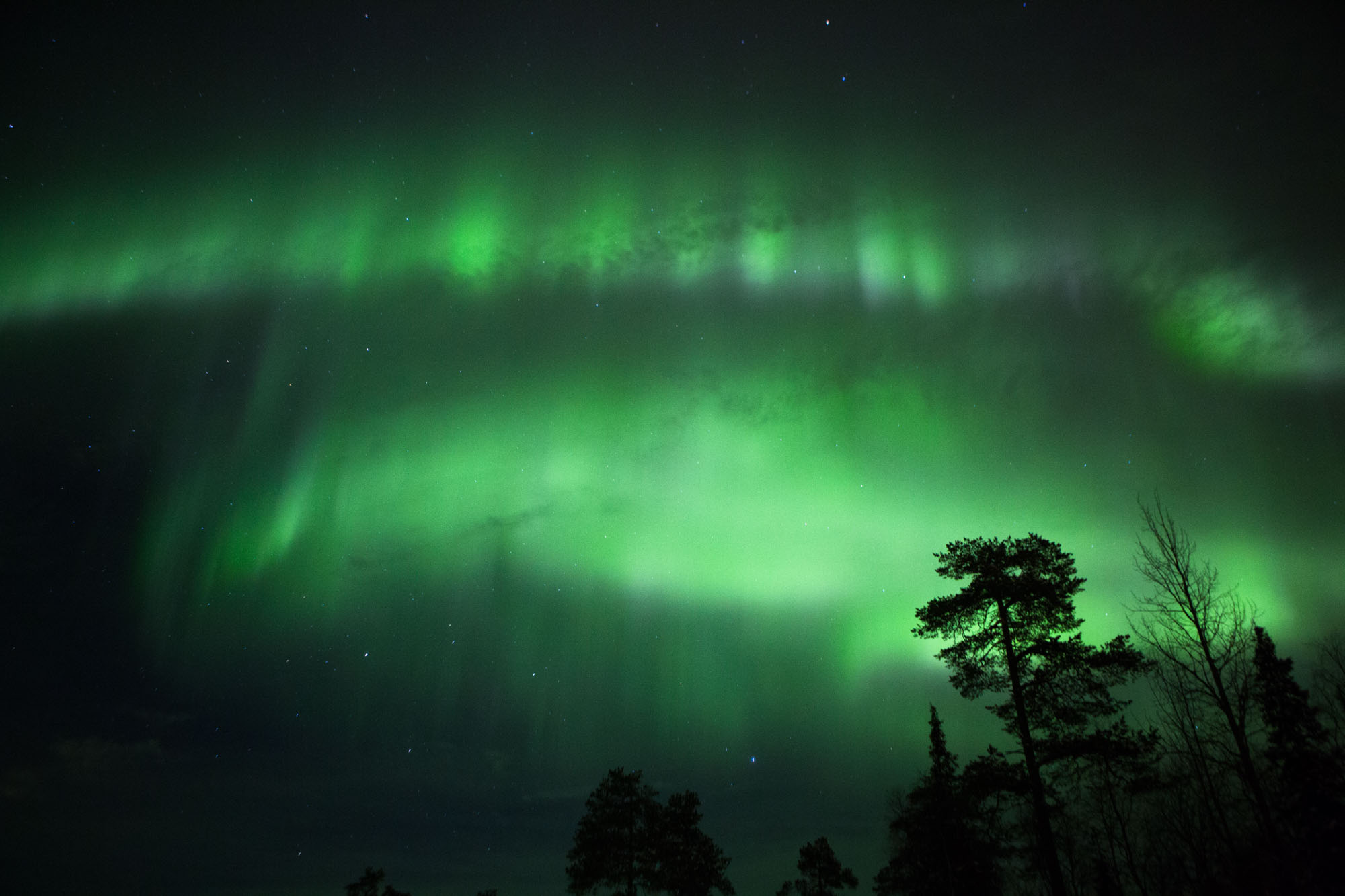 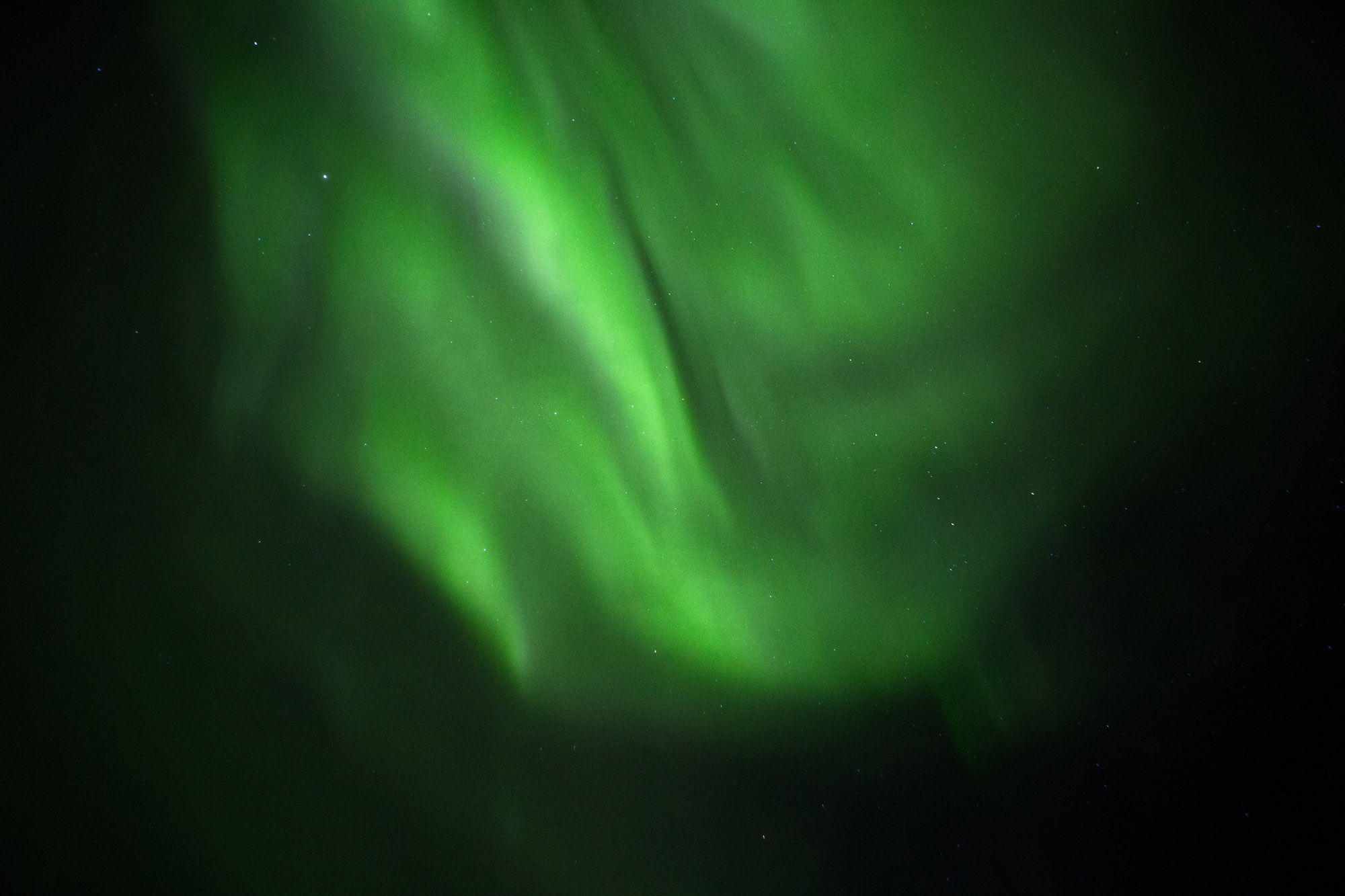 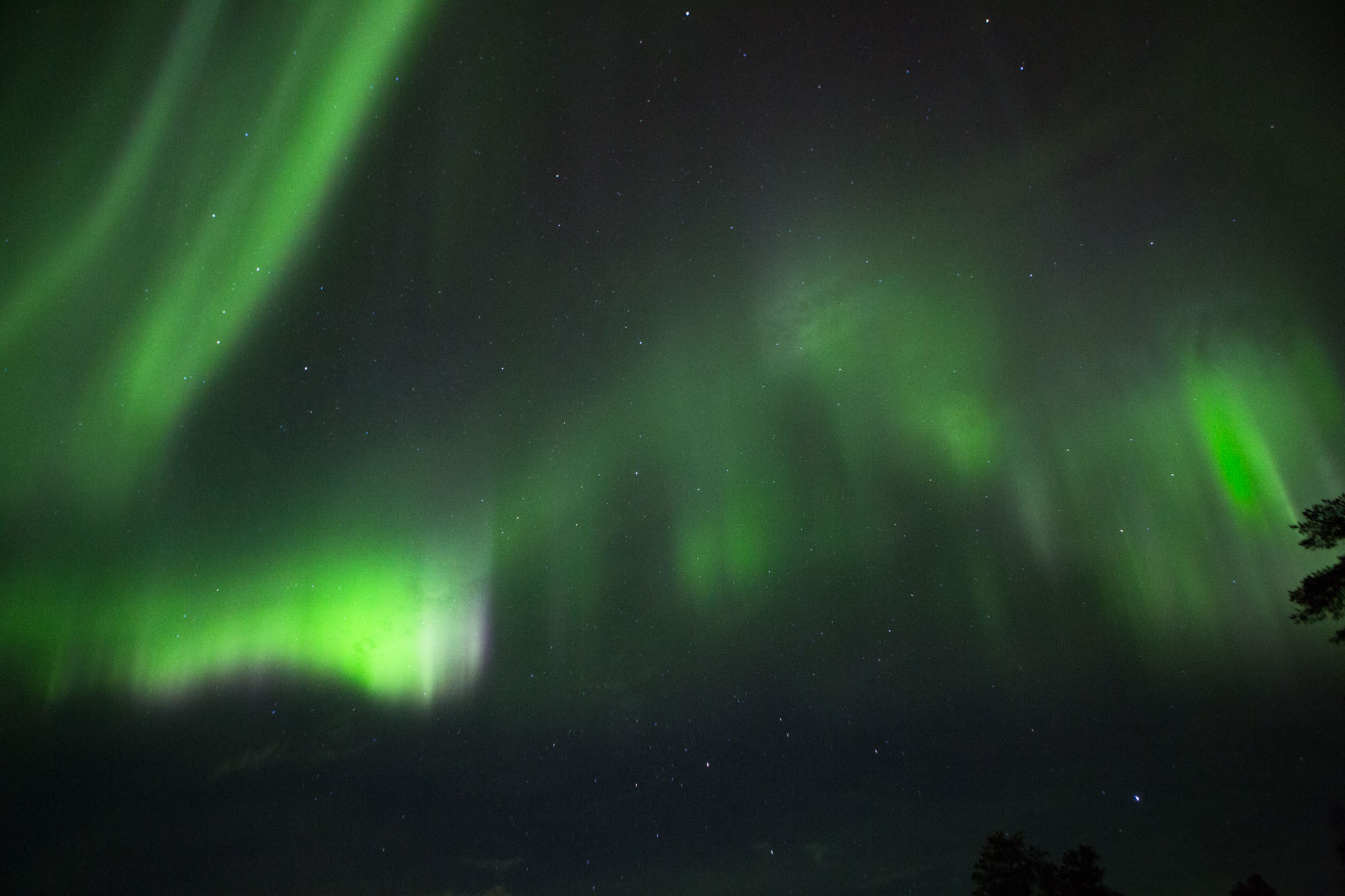 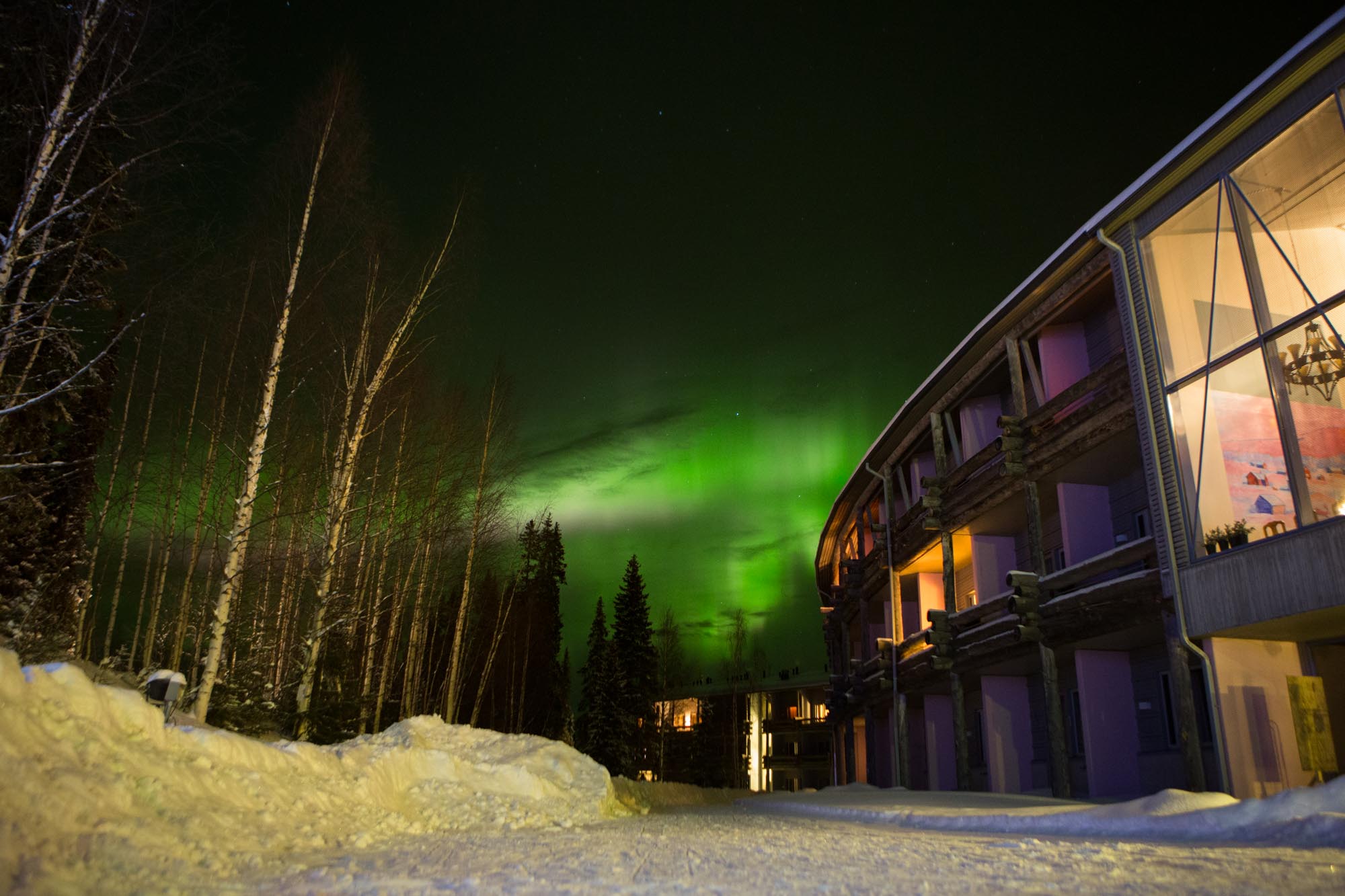 Tips for seeing the Northern Lights in Finland

Good luck! I really hope you get to see them. It’s one of the best experiences I’ve ever had. 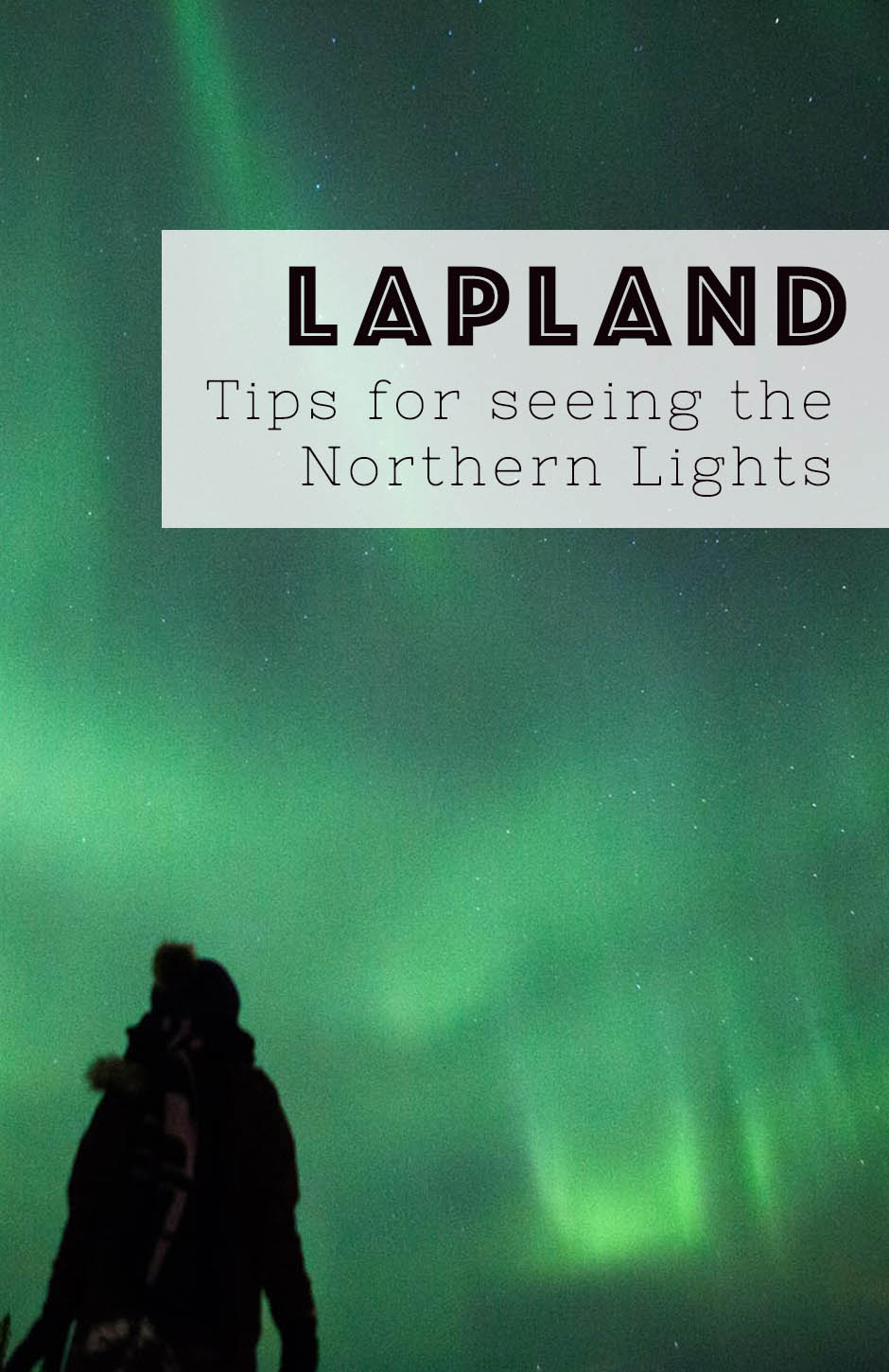 16 thoughts on “A moment of awe in Lapland”