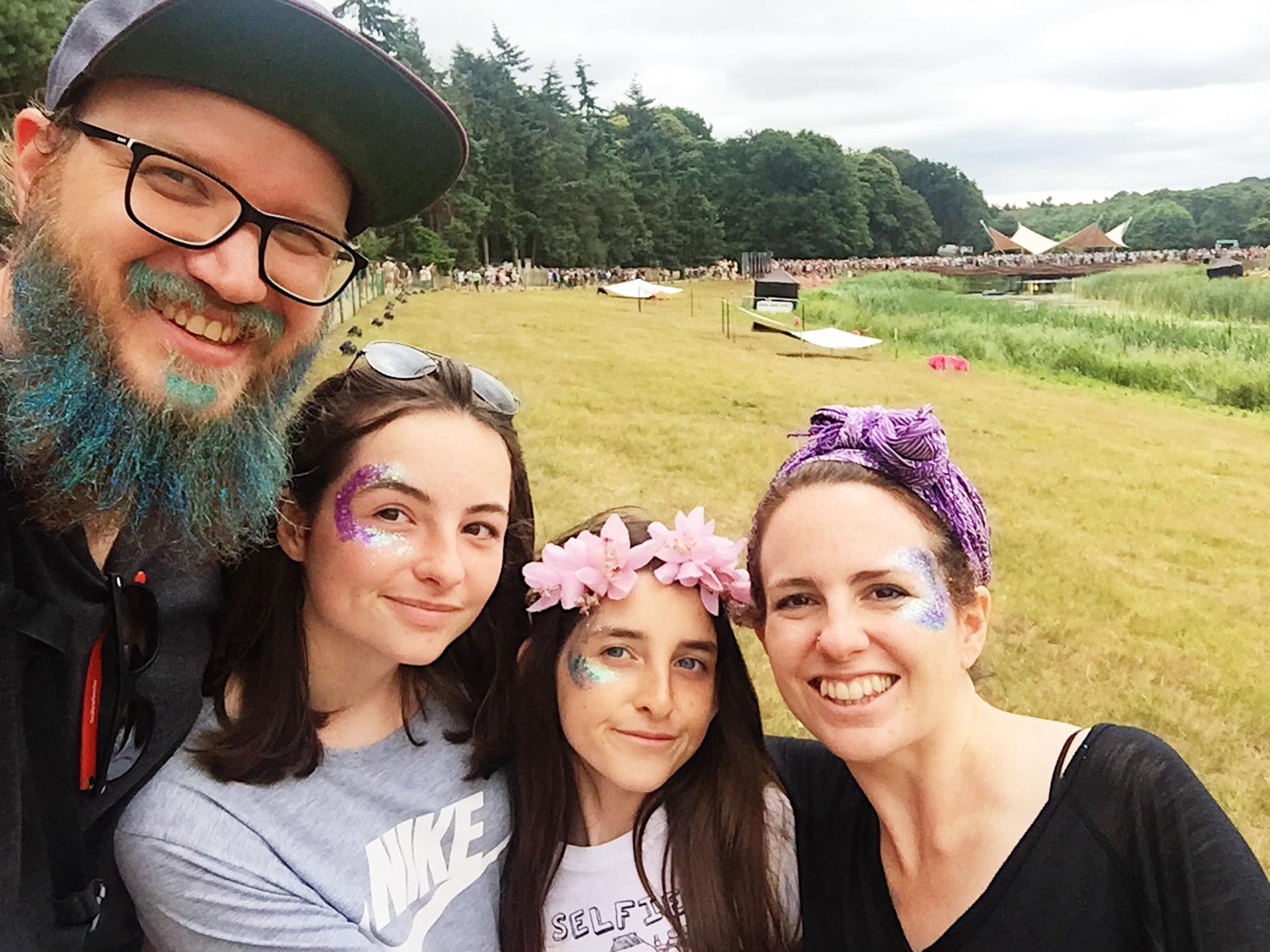 I’ve been going to festivals since I was about 16. I’ve been to the rowdy ones like Reading, the biggest one at Glastonbury, and in more recent years the folksy or arty ones like End of the Road and Edinburgh Fringe. But this year, I had a whole new festival experience when I went to Latitude while pregnant, and with two young teenage girls, aged 13 and 14. Rather than a weekend of drunken revelling, it was a laid-back time, filled with incredible performances, a lot of mini pancakes, and the next-level luxury of the family camping toilets! I felt like I’d entered a new era of festival going.

Going to Latitude festival when pregnant

Latitude was the perfect choice for bringing teens and for being at a festival pregnant. There’s a whole family area, filled with fun workshops like basket weaving and whittling, plus a programme for ‘inbetweeners’ where they can do things like make their own films. But even without these dedicated areas, the festival has plenty to keep all ages entertained. It’s a multi-arts festival with an impressive comedy, literature and theatre line-up, alongside all the music stages. Plus the setting is stunning, surrounded by forest and next to a lake that you can swim in or punt along in a boat. 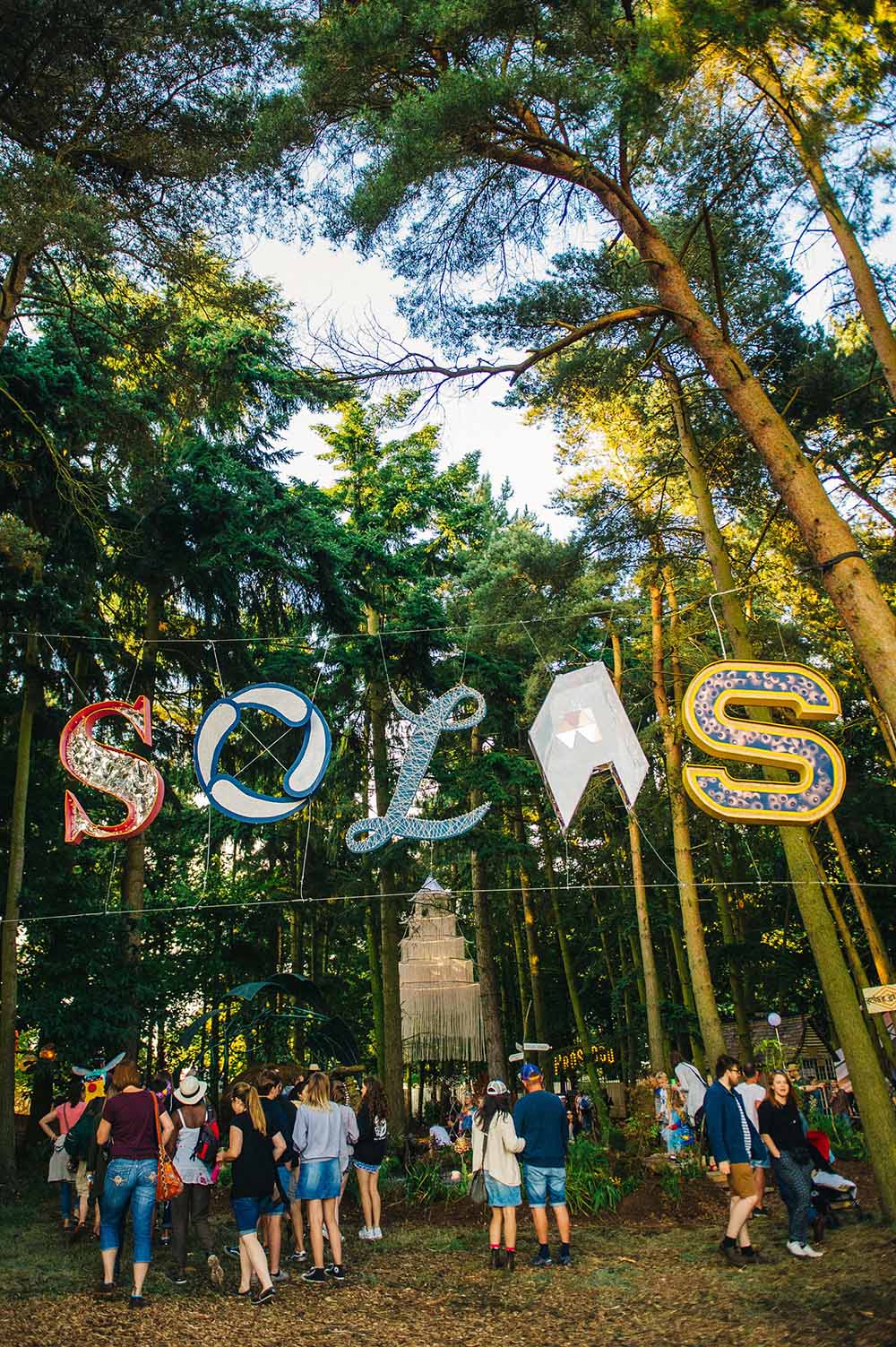 One of the things we enjoyed the most was simply walking around and discovering all the installations, from the mesmerising light sculptures in the Solas woodland retreat, to the pampering area in the Lavish Lounge where barbers were cutting hair. All through the woodlands, you come across different artworks and performances. The girls did a VR experience about what it’s like to be deaf, and at night, we were all transfixed by a light show on the lake.

Bringing children with us was a delightful way to see the festival through new eyes. It also meant we got to stay in the family camping area, which was a step up from the festival camping I’m used to. It had trailers with real toilets and sinks, and even showers, which was all luxury in comparison to the usual story of portaloos and wet wipe washes (or burning loos like you might find at Reading)! I especially appreciated this as it was nice to have a slice of comfort back at the campsite.

I was 12 weeks pregnant at the festival, at the end of the first trimester. I was more tired than I’d usually be, but I wasn’t getting the same debilitating exhaustion of the earlier weeks. This meant I had enough energy for all the walking, but I could also happily put down my blanket and rest when I needed to. Luckily, this didn’t mean missing out on anything. Lots of the stages can be watched sitting down, from the comedy tent to the beautiful lake stage where we watched the BBC young dancer finalists. As I said, it’s an ideal festival for going to pregnant. I even managed to find a space to sit during Mumford and Sons, the busiest show of the weekend!

Some of the highlights from our time at Latitude Festival

Some tips for pregnant festival goers

6 thoughts on “What’s it like to go to a festival pregnant? My experience at Latitude”