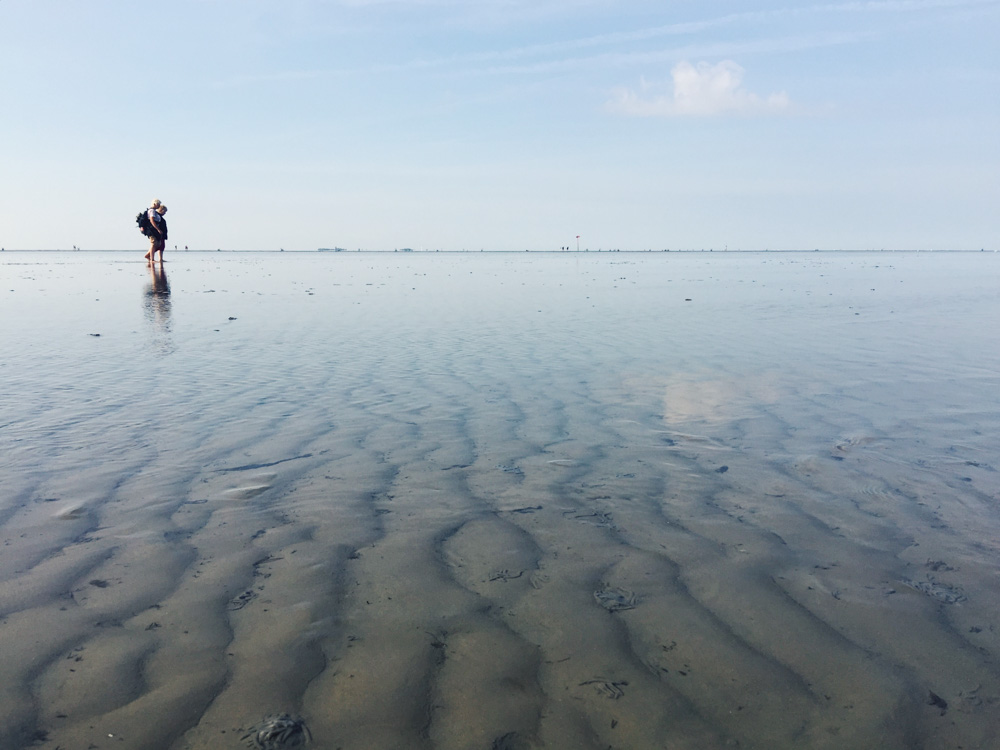 I know, I know, I’ve been slow to post recently. Life has been a whirlwind of many things, and I’m working on an update post to fill you in, but first here’s a little post about a trip I recently took to a little seaside town in Germany. As I mentioned a few months ago, I’m taking on more freelance work at the moment, so I went to Cuxhaven with Green Traveller and the German Tourism Board to discover, and write about, the Wadden Sea UNESCO World Heritage Site. I’ve written a full article with all the details on the Greentraveller site, so to save repeating myself to much, I wanted to share some photos and reflections here…

This was the first solo trip I’ve taken in some time. My whole romance with travel began as a solo traveller. I used to travel to Spain at 15 to meet with friends I’d made on my Spanish exchange programme, and at 18 I travelled around the world for six months alone, followed by other solo trips around Asia and Europe. Even during my travels with Steve, I’ve had stints of going it alone, living in Buenos Aires for five weeks, or re-visiting Thailand, and studying yoga in Mexico. But it’s been two years since my last solo trip, and if I’m honest, I’d have preferred to go with Steve, but it was also good to remember how to be one. It’s when you’re alone that you’re truly faced with yourself, and I saw that many of the habits that stood in my way when I first travelled alone – shyness, fear, anxiety – are still there, but they’re familiar and I’m better at dealing with them now. 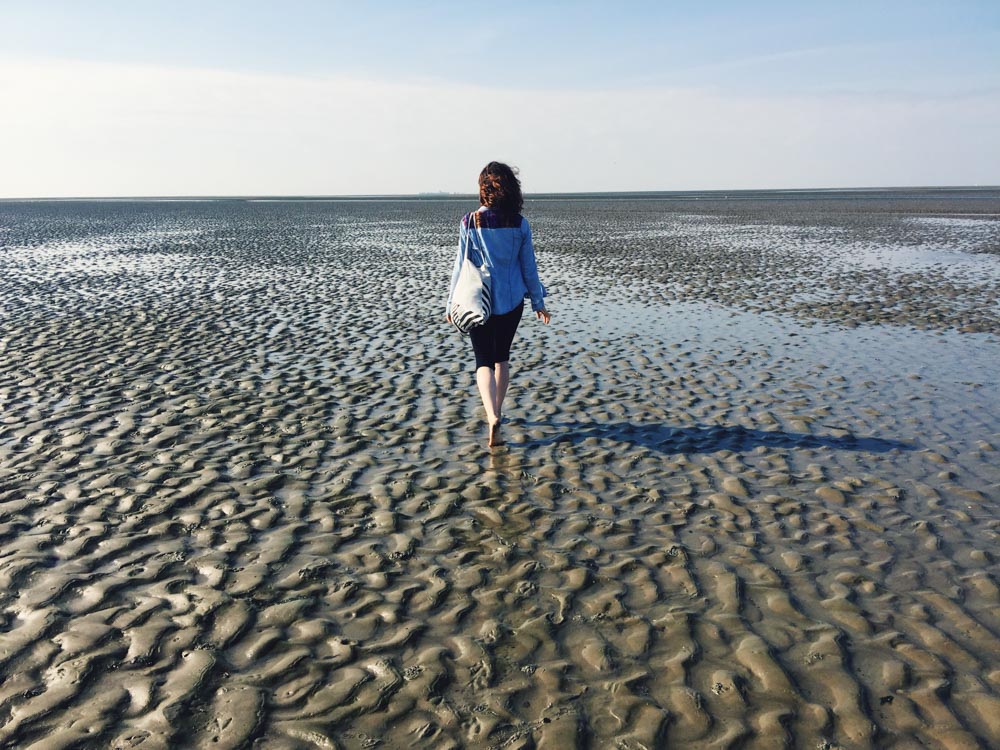 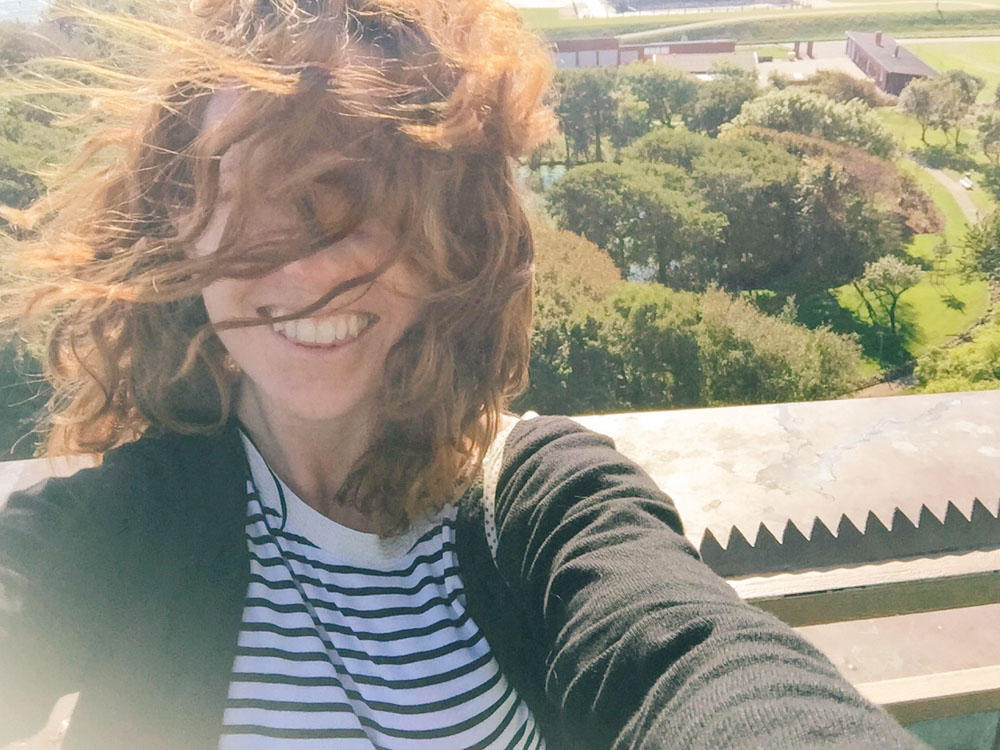 Walking on the seabed

The whole idea of my trip to Cuxhaven was to immerse myself in Germany’s nature. Cuxhaven is the gateway to the Wadden Sea National Park, a UNESCO World Heritage Site, and a stunning landscape of near-white sand beaches and sweeping mud flats. The thing that makes the sea here so special is that twice daily, when the tide goes out, you can walk for up to 20km across the seabed. The vast expanse of mudflats, carved by the shapes of the tide, are mesmerising to look at. Taking a walk across the flats becomes a meditative experience, as you tread carefully to avoid razor-sharp mussel shells, and feel invigorated by the sea’s distant breeze. 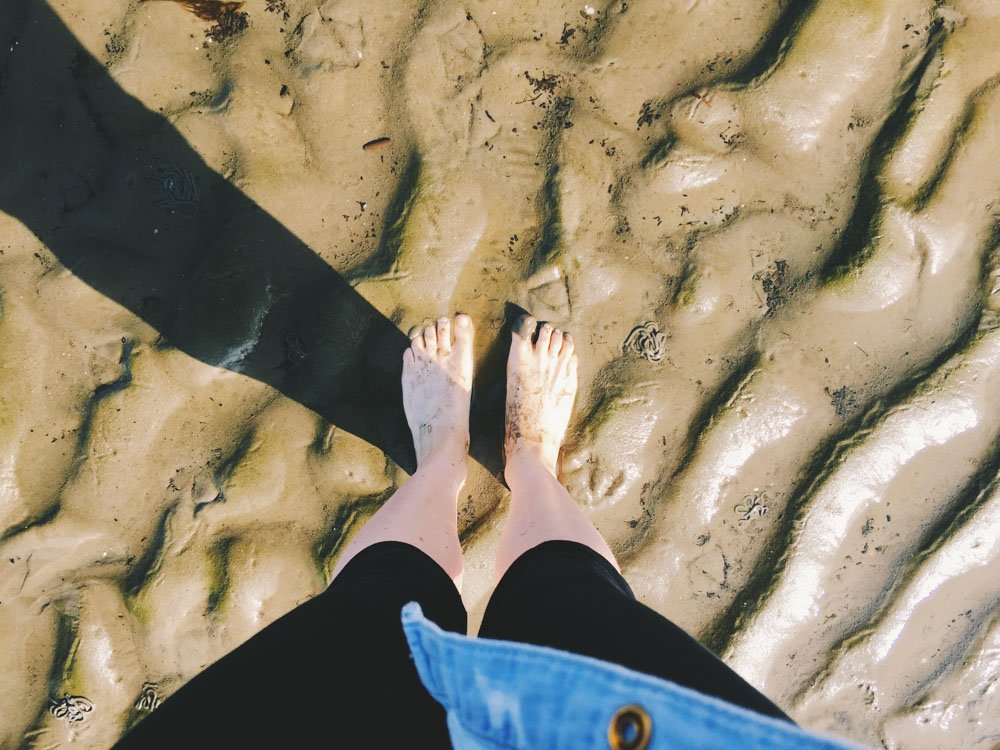 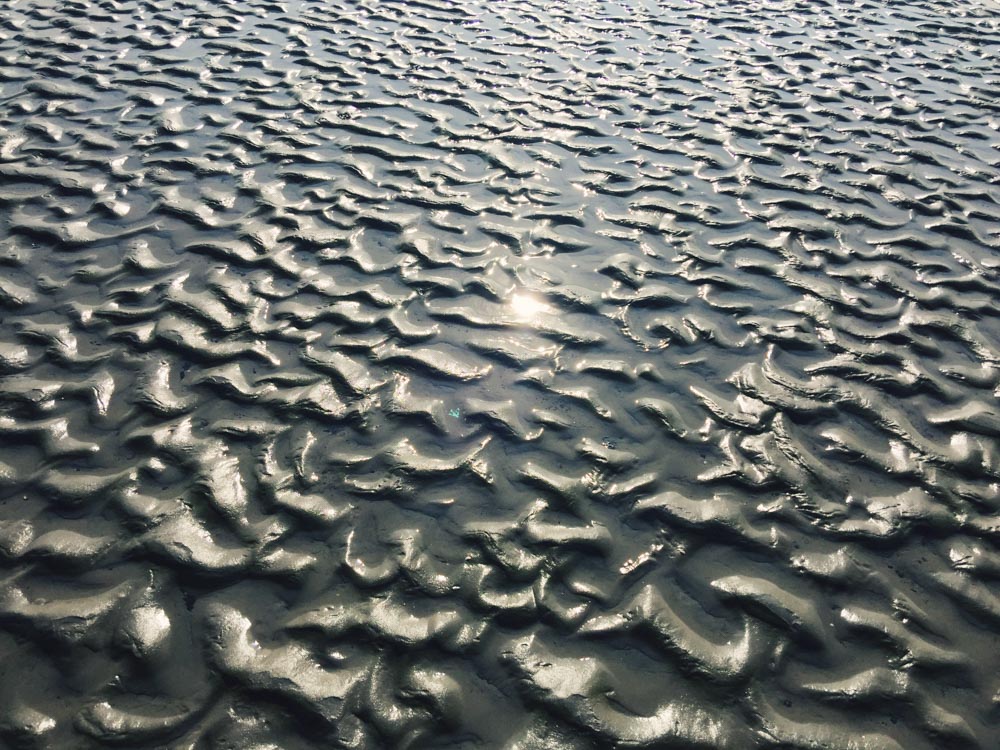 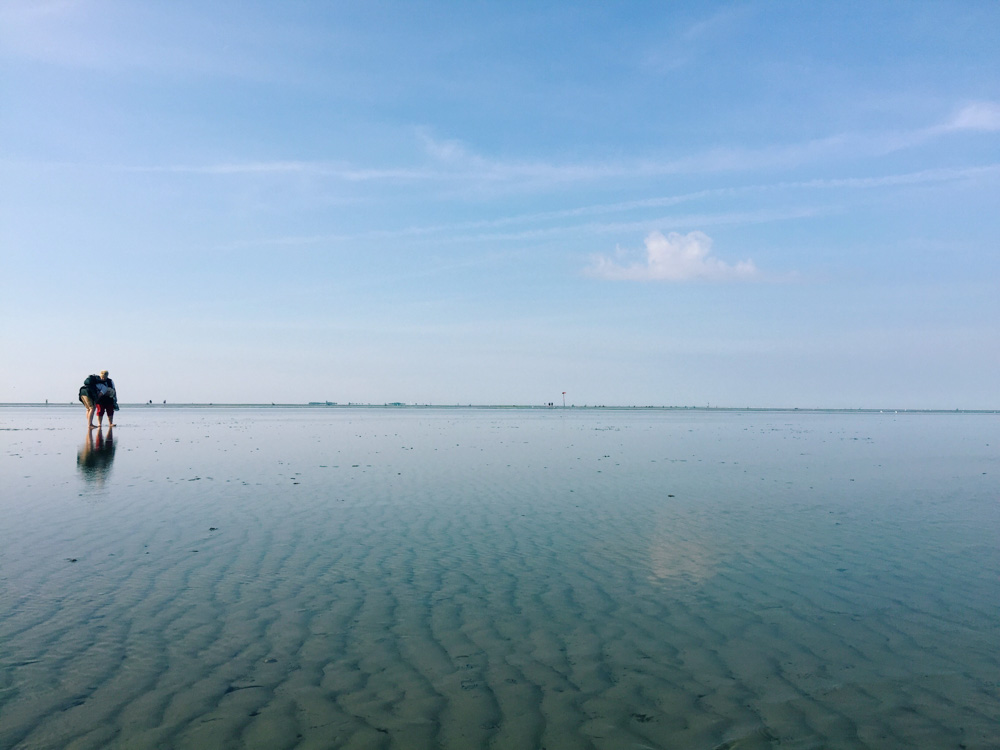 Treasures of the Wadden Sea

The whole area of the Wadden Sea is home to more than 10,000 plant and animal species. I joined a tour where the treasures of the seabed were revealed. We found tiny snails, saw cockles bury themselves in sand, and uncovered sand worms beneath their spaghetti trails. We even found some amber. 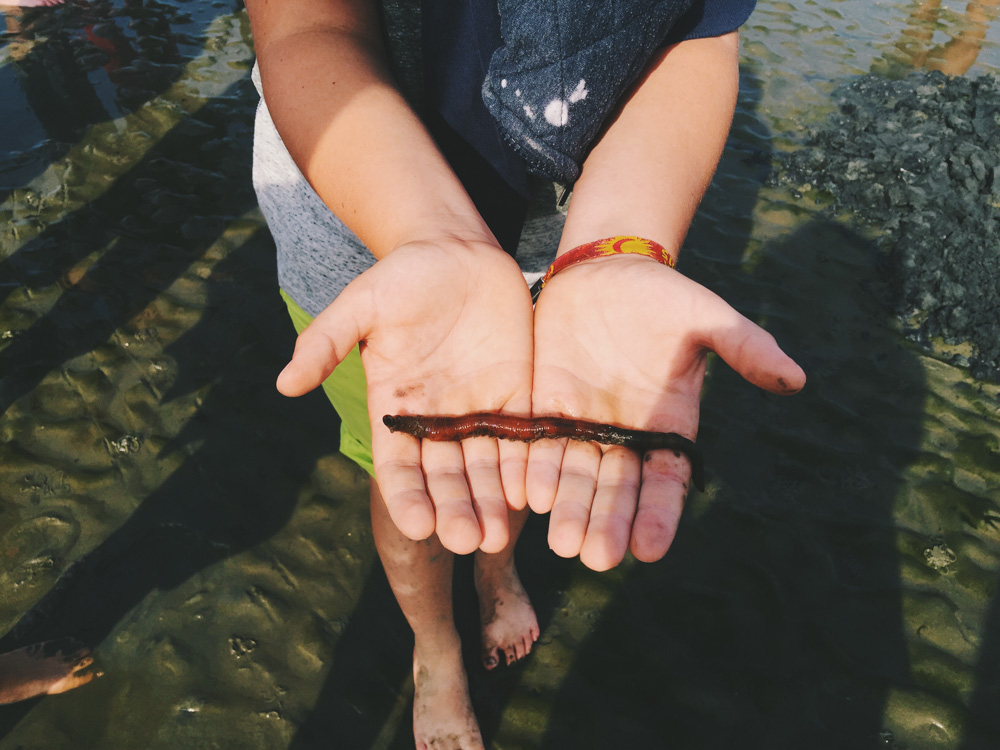 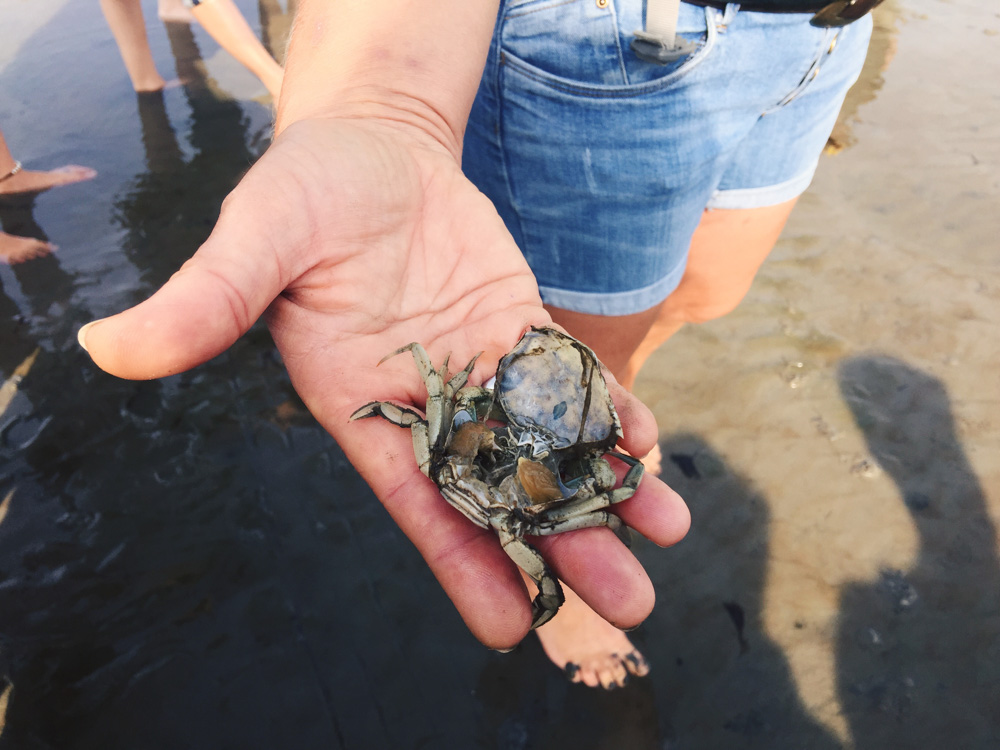 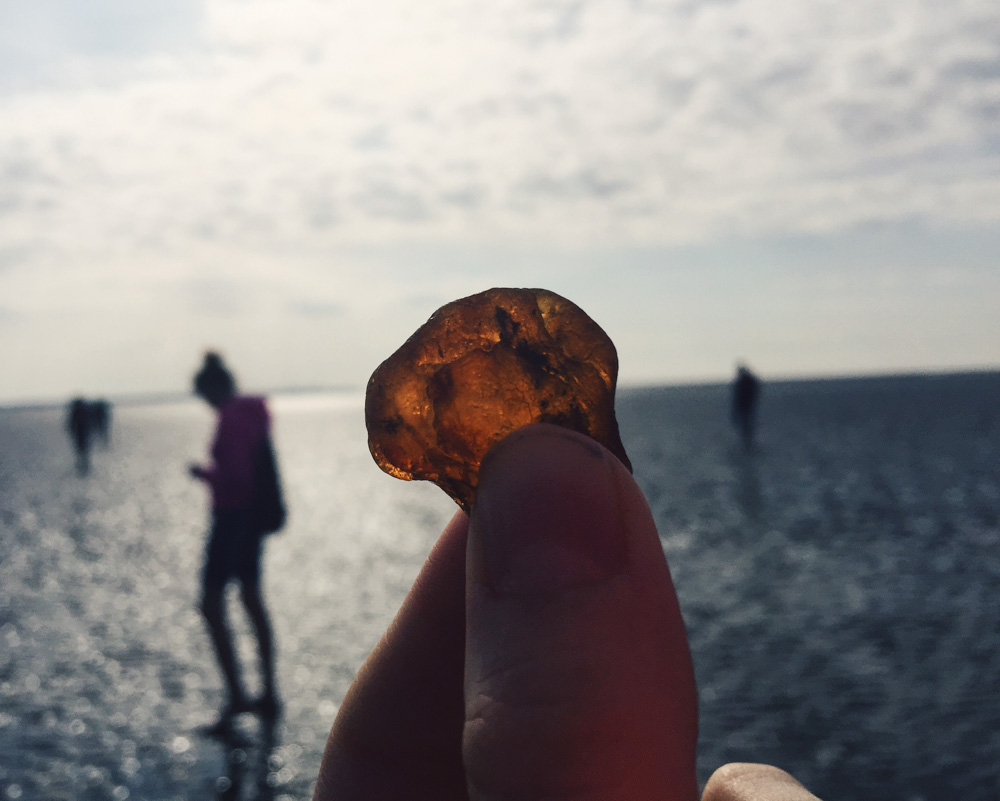 Off the coast of Cuxhaven, lies Neuwerk, a little island, home to farming families and part of the national park. When the tide is in, you can get there by boat, but the best way is when the tide is out and wattwagens, or horse-drawn carts, ferry people across the seabed. There are tidal pools to negotiate, and at times the horses are almost neck-deep. Their strength is something mighty. 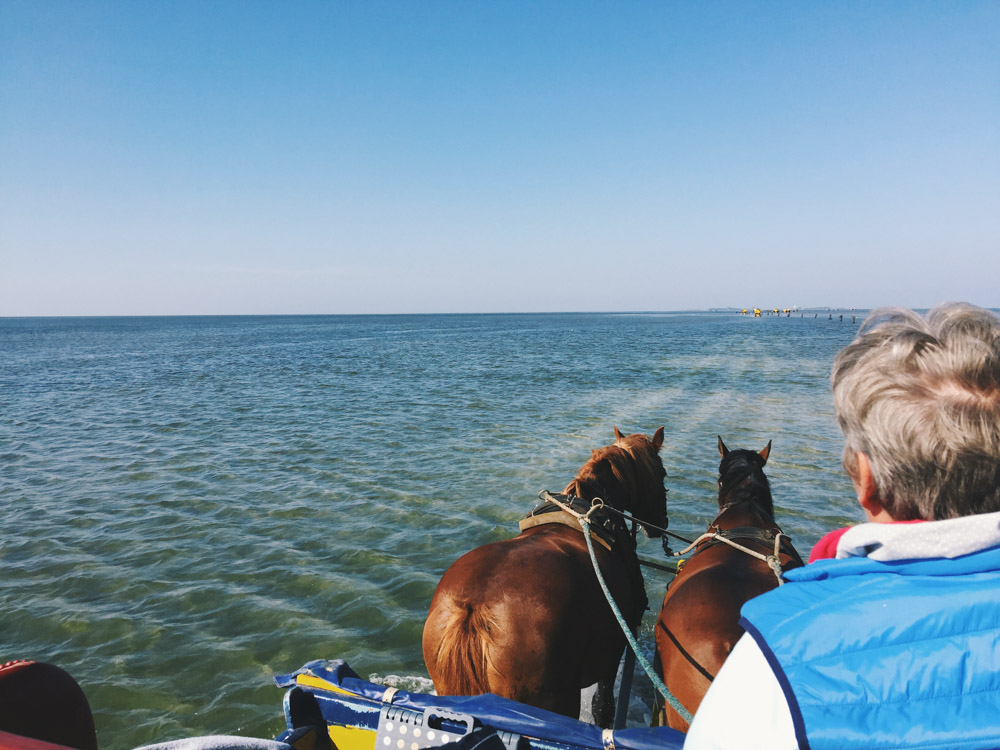 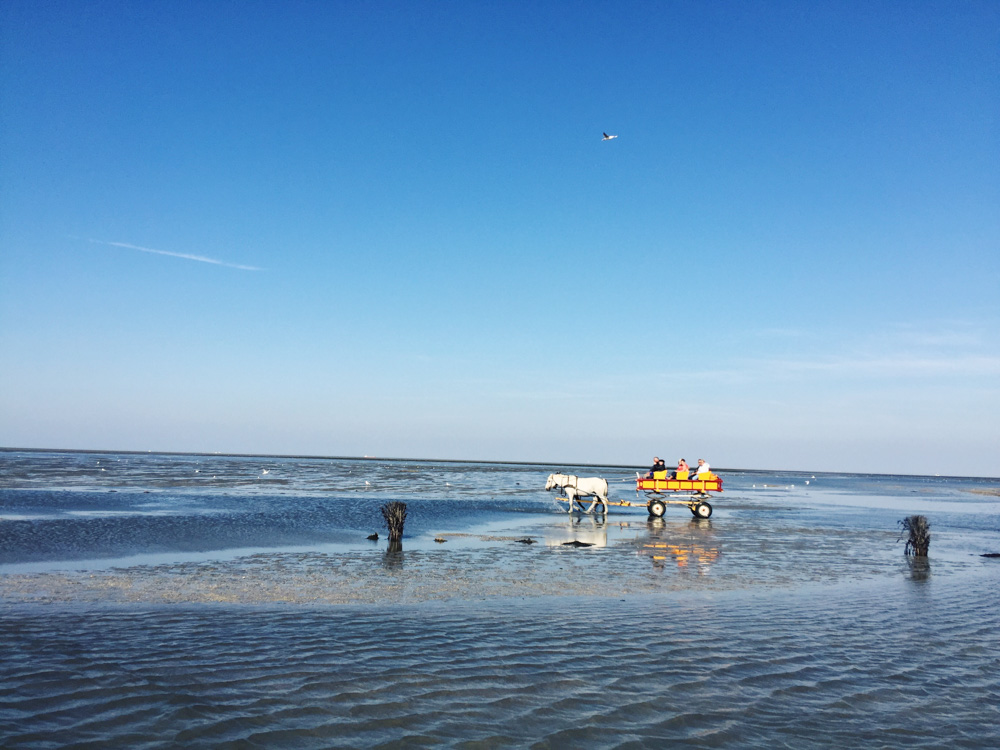 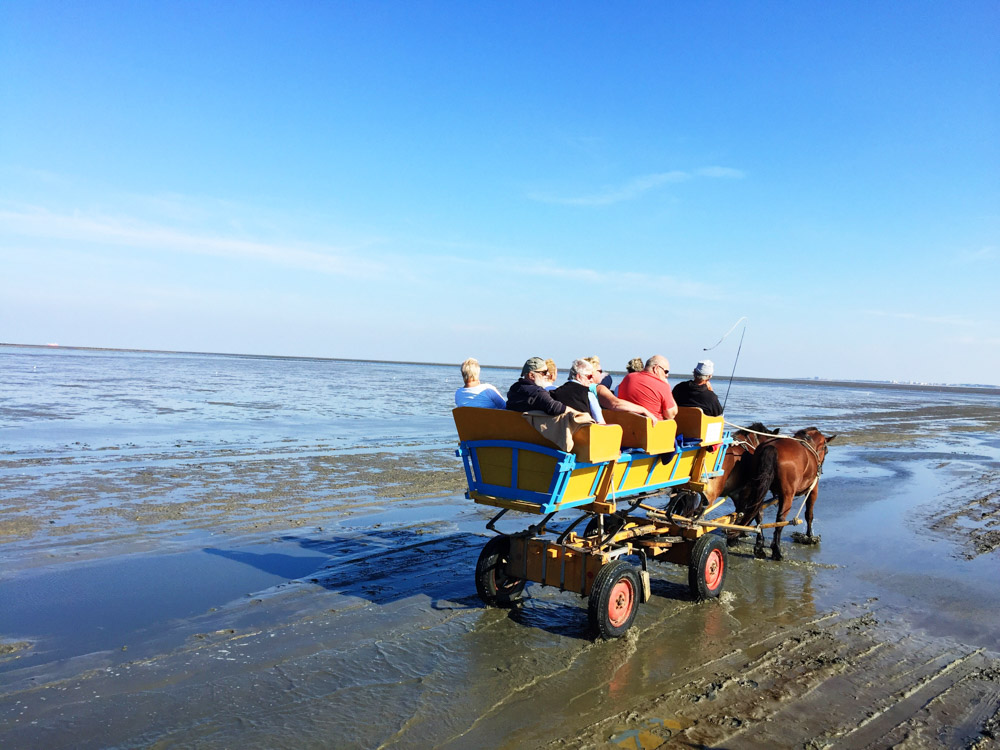 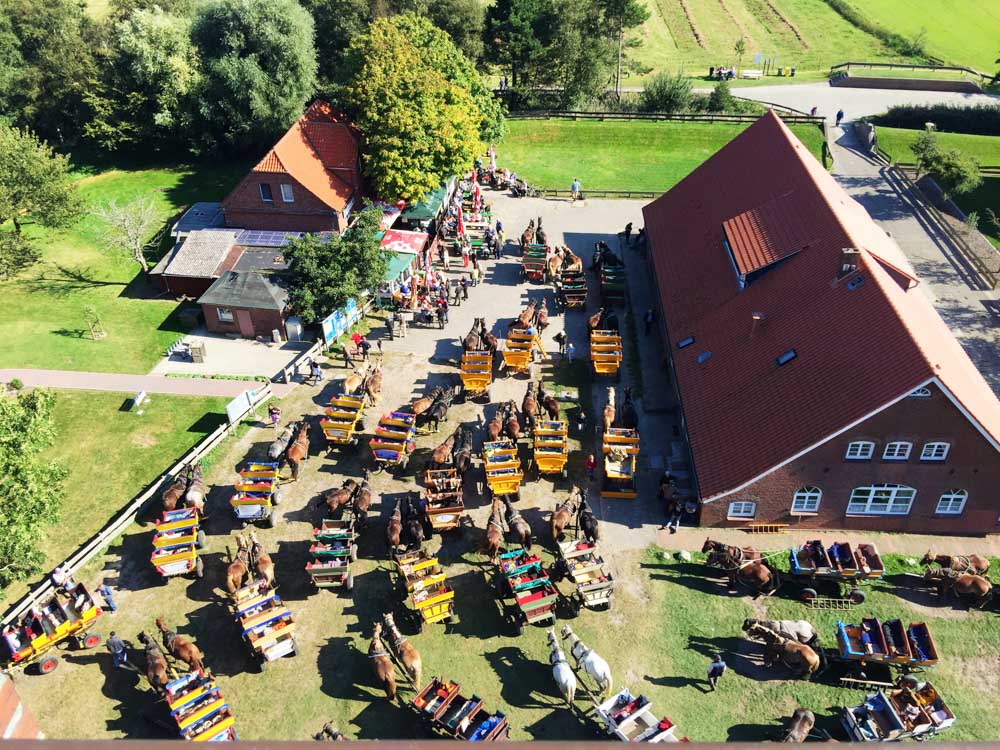 After filling my Instagram feed with beach huts in Melbourne, you know I love a pretty hut, and Cuxhaven’s were a surprise delight. These little carriage-shaped huts dot the beaches, adding charisma and a spot of colour. As well as the sandy beaches, there’s a grassy water-side area in the Dose area of Cuxhaven, which also comes with huts. They were filled with people sitting back, reading the paper, or simply having a doze. Delightful! 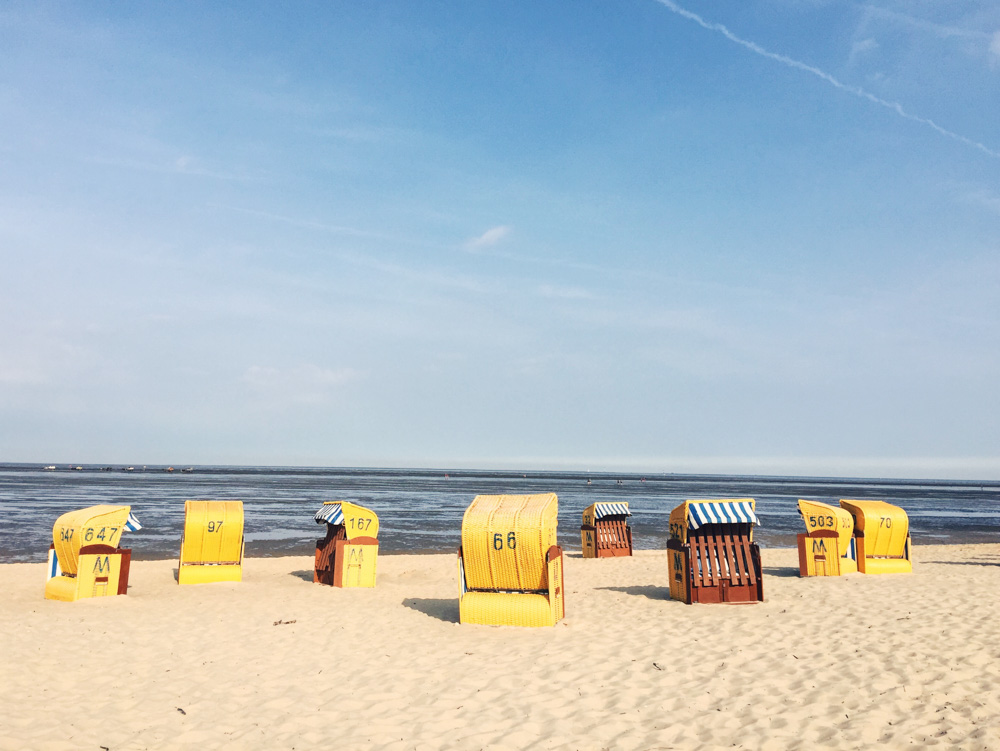 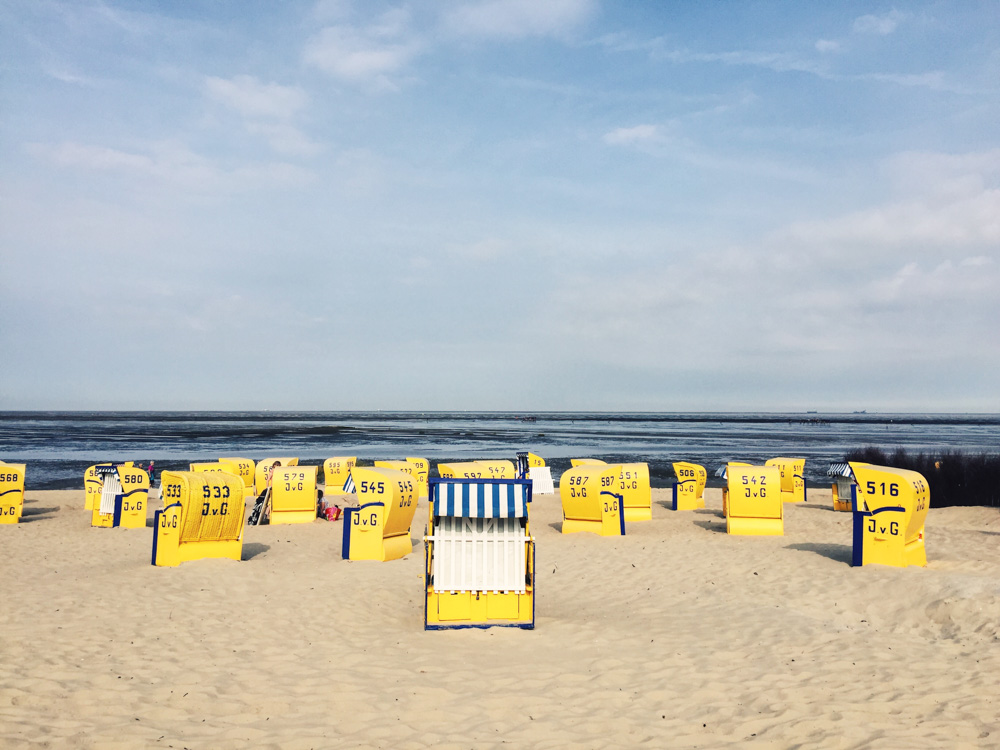 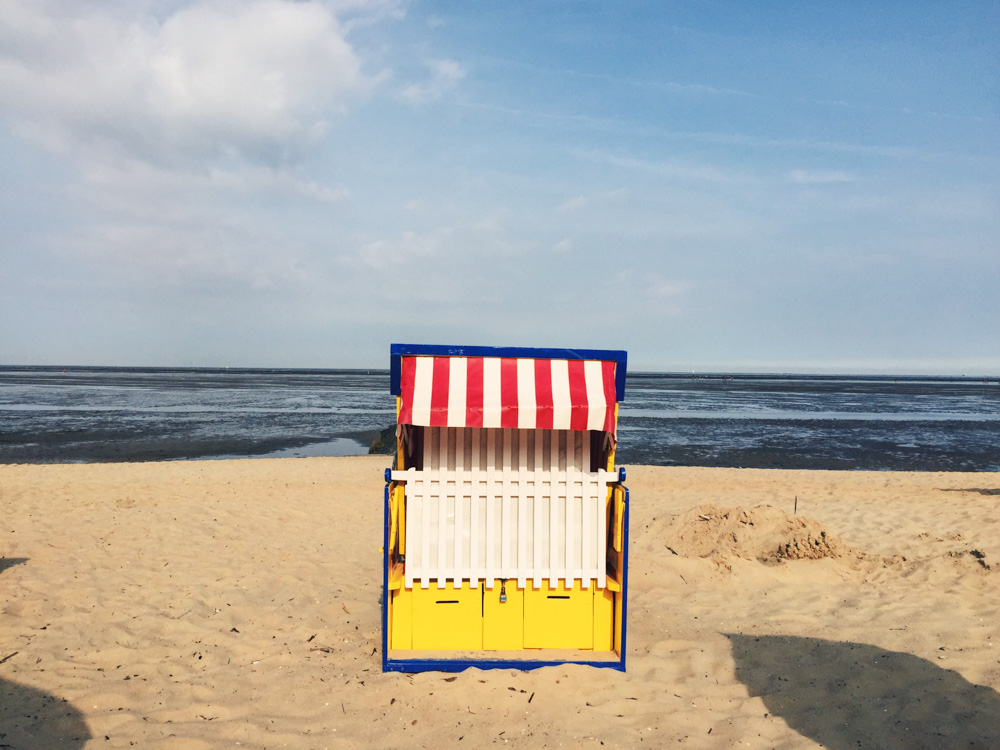 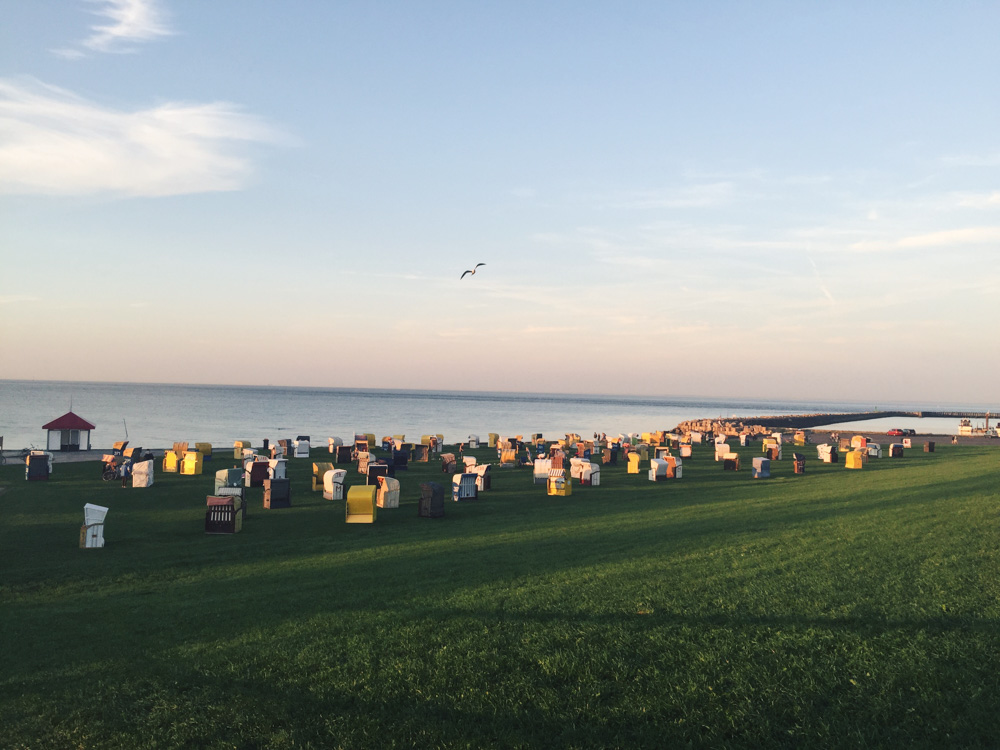 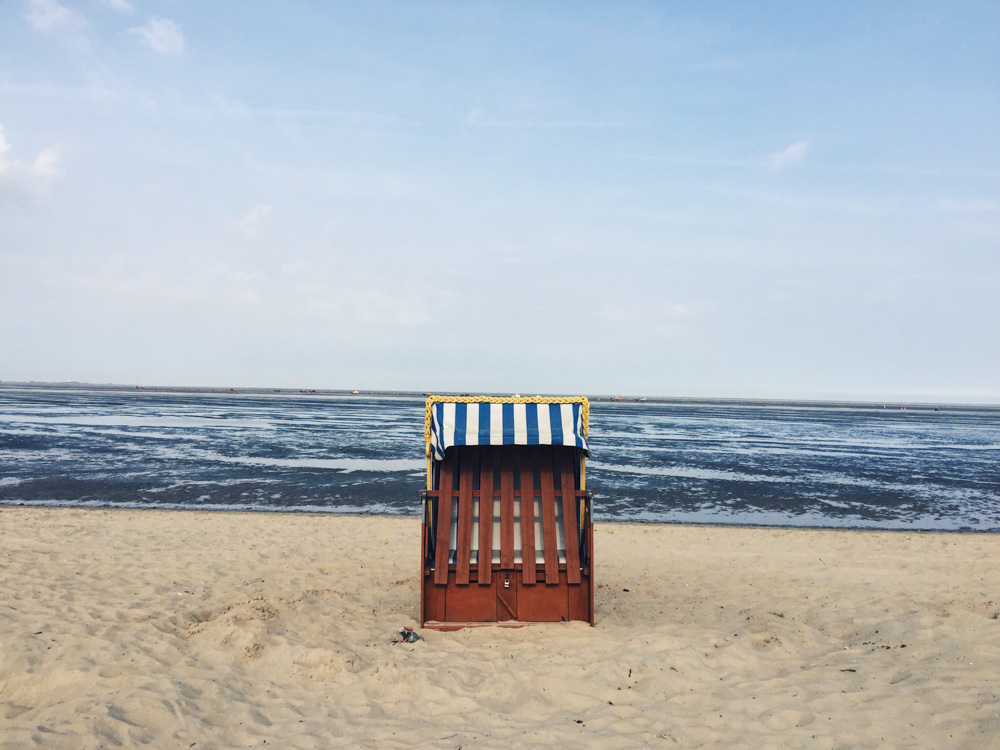 One of my favourite things about Germany, and that I wish were the same in England, is how bike-friendly the country is. Cuxhaven was no different, and the whole area was filled with pretty cycling routes. It’s definitely the best way to get around.

I’d never heard of Cuxhaven, nor the Wadden Sea, so it’s not somewhere I would have gone to unprompted, but I’m pleased I had the opportunity to see it. 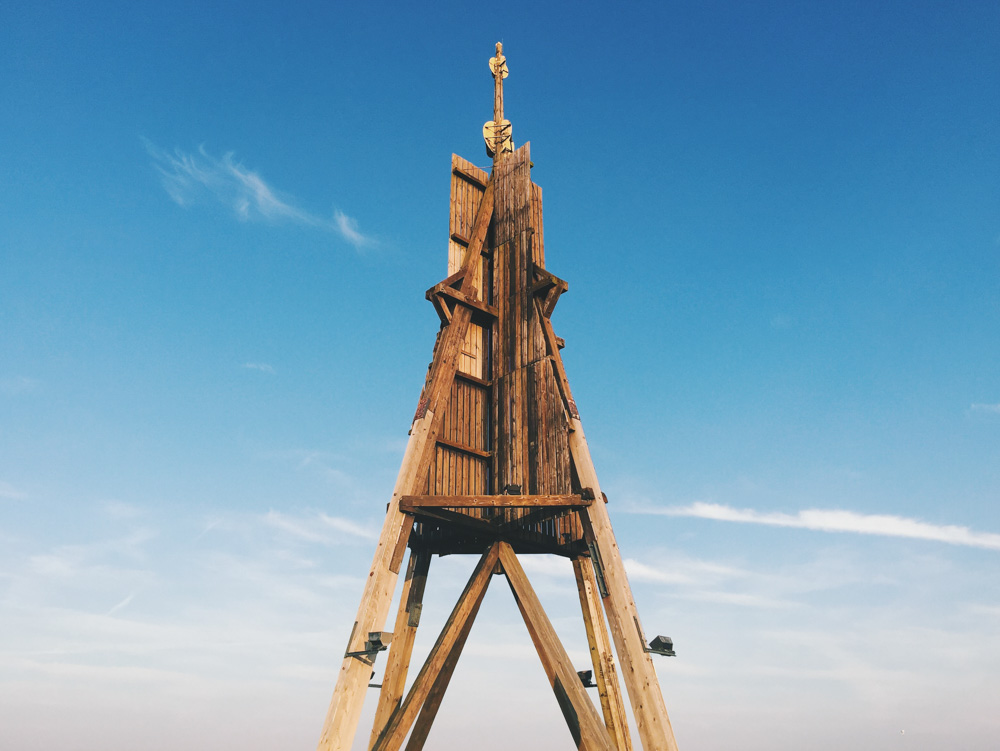 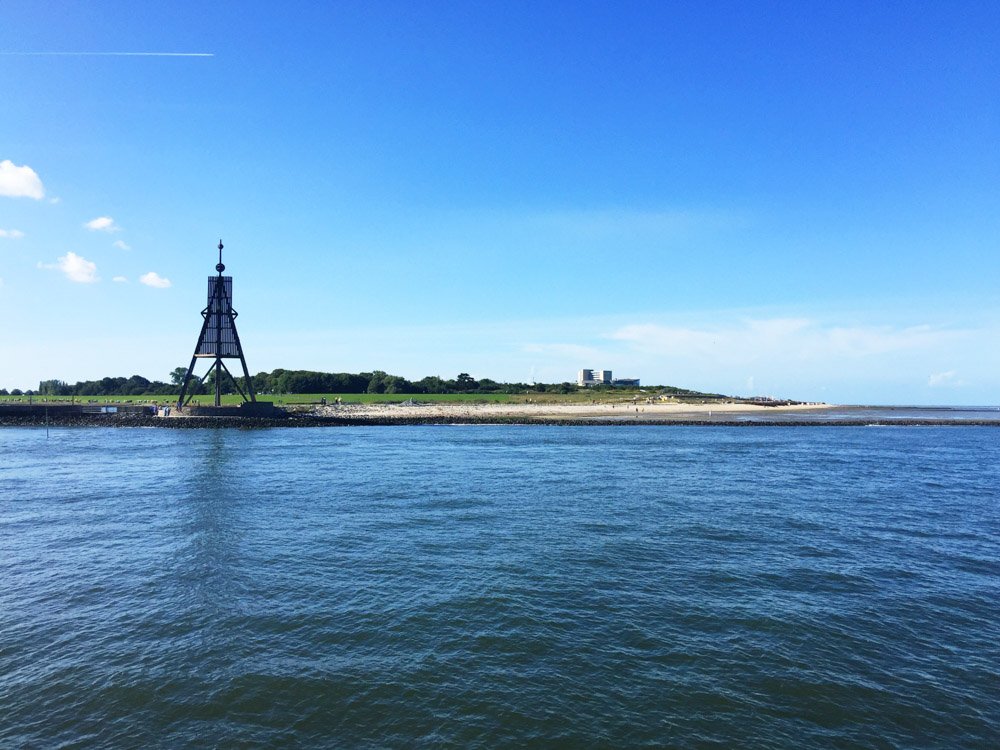 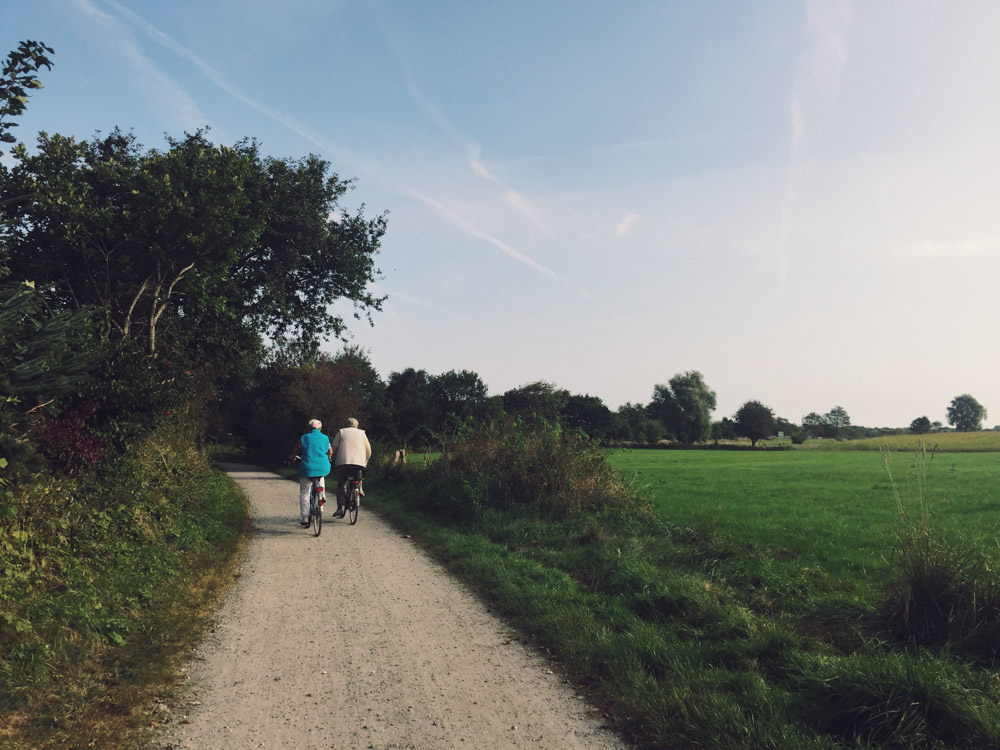 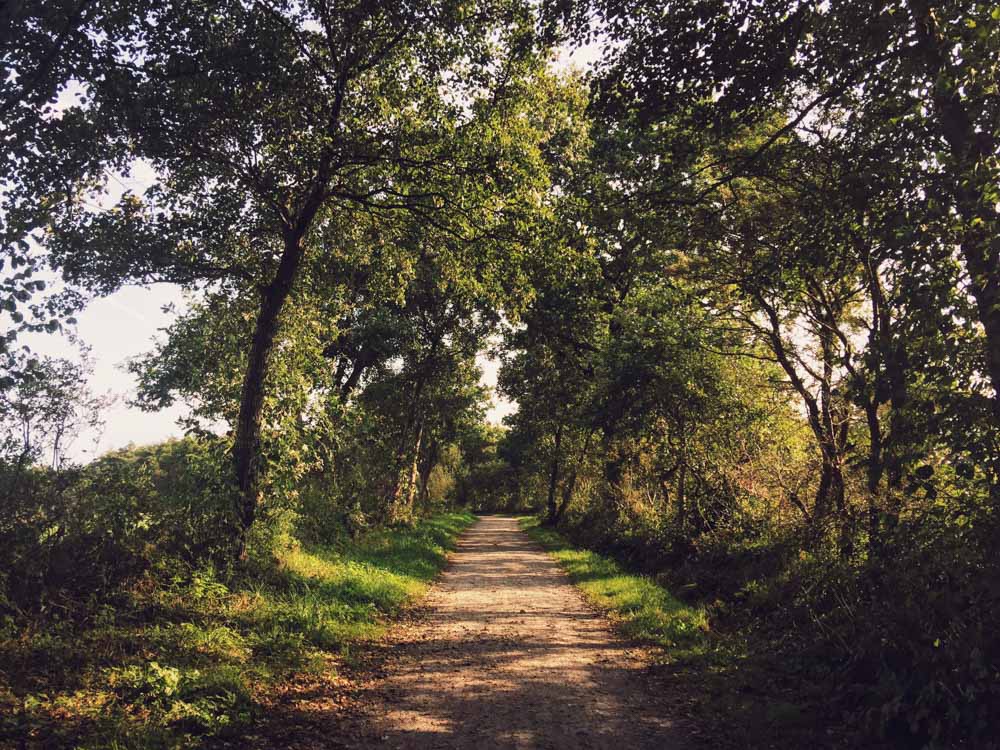 Cuxhaven is around two hours by train from Hamburg, or you can also take a ferry. There’s only one ferry per day, but the trains leave around once an hour.

Once there, it’s best to get around by bike. There are buses, but they don’t run that frequently. Taxis are quite expensive (20 euro for a 20 minute ride). You can also walk. For example, it takes about an hour to walk from Sahlenburg to Duhen, and then another hour to get to Dose and the Kugelbake tower.

I stayed at Gastehaus Heidi Weiss, a cute little guesthouse with really friendly owners, close to the port and Dose area.

One thing to bear in mind if you travel there, is that while Cuxhaven is a very popular holiday spot for German people, it’s relatively undiscovered by international tourists. Very few people speak English and all the tours I came across were all conducted in German. It would certainly help if you knew a bit of the language! 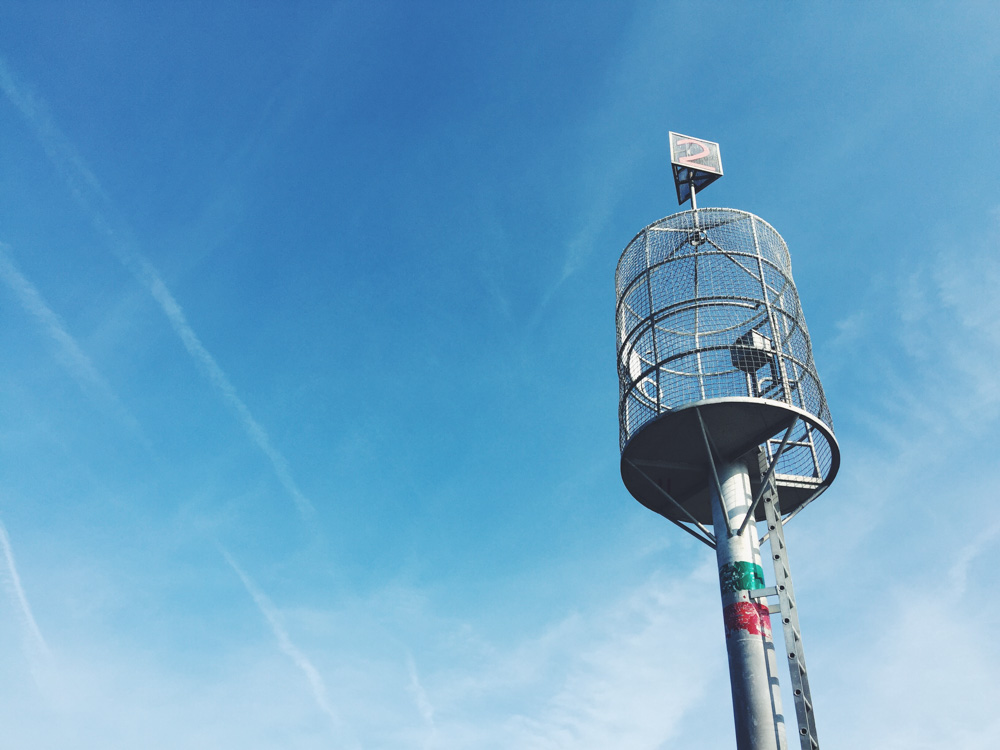 Also, be very careful when walking on the mudflats without a guide. The tide comes in quickly and around two people have to rescued every week, when caught unawares by the tide, and left stranded out at sea. There are rescue cages around, but you really don’t want to have to use one!

Disclaimer: I went to Cuxhaven with Greentraveller as a guest of the German Tourism Board. All opinions are, as always, my own.

6 thoughts on “Handpicked City Guide: Things to do in Cuxhaven, Germany”