We were a bit unsure about visiting the favelas as the idea of a favela tour felt a little voyeuristic and uncomfortable. But when one of our couchsurfers, Aline, asked if we wanted to go to a favela for lunch with her, this seemed much more reasonable. As she said, we were just visiting a type of neighbourhood. She also told us that, as part of the Olympics 2016 preparations, Rio’s central favelas have recently been “pacified”, the drug trade pushed out, and health and sanitation improvements implemented. This move is not without its controversy, with many people criticising the occupation of the favelas by armed police and the motives behind the intervention (the Olympics and World Cup).  We also imagine that the crime has surfaced elsewhere and it certainly still exists in parts of the central favelas but, for now, they are much safer than they were.

An alternative favela tour in Rio We went to Alemao, a complex of favelas in the north of Rio. After travelling by bus to the edge of the favelas, we were surprised to see a massive cable car system above the complex. It opened in 2011 to connect Alemao’s favelas, and is the world’s longest cable car system. It appears to have had a largely positive response – residents of the favelas get one free round trip daily and what would have taken 50 minutes by bus takes 17 minutes in the cable car. We met people who use it to take their children to school and get to work, but we also know that others have complained of its expense that they feel could have been used elsewhere.

For us, riding on the cable car was insightful as you could appreciate the scale and complexity of the favela from an aerial perspective. You can get an idea of it in some of our photos.

We rode to the last station and then walked to the penultimate one before riding back home. Along the way, we stopped for lunch at Isabel’s restaurant where she served delicious rice and beans that weren’t cooked with meat – a rarity in Brazil. We interviewed Isabel and some other of the favela residents for If I had a Superpower. Our favourite answers were from Isabel, 63, and Douglas, 7, who said that the love of their life was Sundays and the cable car respectively.

We also asked Isabel what she thought about tourism in the favelas and she said it was great as it gave business to her restaurant.

An idea for the future of favelas

A lucky thing about our trip was that we were accompanied by Emmanuel, a masters student in New York who is studying real estate. He came with us as he too was staying with Aline. Emmanuel is doing a project on Rio and the idea of giving land ownership rights to the favela residents as a way of empowering their economy. This proved fascinating as he was able to give us an insight into the inner workings of the favelas. Currently, all property transactions in the favela are unofficial so although the favela residents buy their home, they don’t actually own it. There are even unofficial property developers who build houses and then market them in the favela. Emmanuel is trying to work out what the value of each piece of land would be and how this could be used by the favela residents to enter the larger economy – getting bank accounts, loans etc. It’s a complicated process, not least because a mechanism would have to be introduced whereby larger property developers, such as hotels, couldn’t buy the land from the favela residents and destroy their community. This is a particular worry as some of the favelas occupy prime real estate locations overlooking the sea or in the centre of town.

That night, we went to an exhibition at an architecture school, which Emmanuel was presenting at. He proposed that instead of the government coming in and trying to “fix” the favelas, the residents should be given the means to choose their own future and build on the favela’s existing infrastructure. He compared Barra de Tijuca, an ugly and soulless upper-class part of Rio, with some of the more interesting buildings that appear in the favelas and the community that thrives there. He questioned what the favela residents could do if only they had the means to do it. His proposed land ownership rights would be a way for this to happen. Steve and I are by no means economic experts, but we were impressed by Emmanuel’s studies and look forward to seeing his results.

We also enjoyed seeing the favela through Emmanuel’s eyes. He pointed out that the international bank machines we saw along the way are a sort of phenomenon as the streets in the favela don’t officially exist so the bank can have no recognised address. The same goes for the pharmacies, shops, restaurants and homes. He pointed out that some of the street signs look official, while others have been hand painted, such as Apocalypse Street and Banana Street with its yellow houses. Much of the building looks professional and is painted attractively but safety standards can be poor. He also pointed out why some of the favela residents may not want to enter the larger economy – for example because many get their electricity for free by jacking into the central electricity system. Just these few observations showed us a side of the favelas we’d never thought about and made us want to know more. I would really like to return and speak more to the people who live there.

We’re not sure about favela tours, but if you can visit one with a local then I wouldn’t miss the opportunity to visit a fascinating and complex neighbourhood. But do we careful if venturing out yourself as there are still definitely areas that need to be avoided. 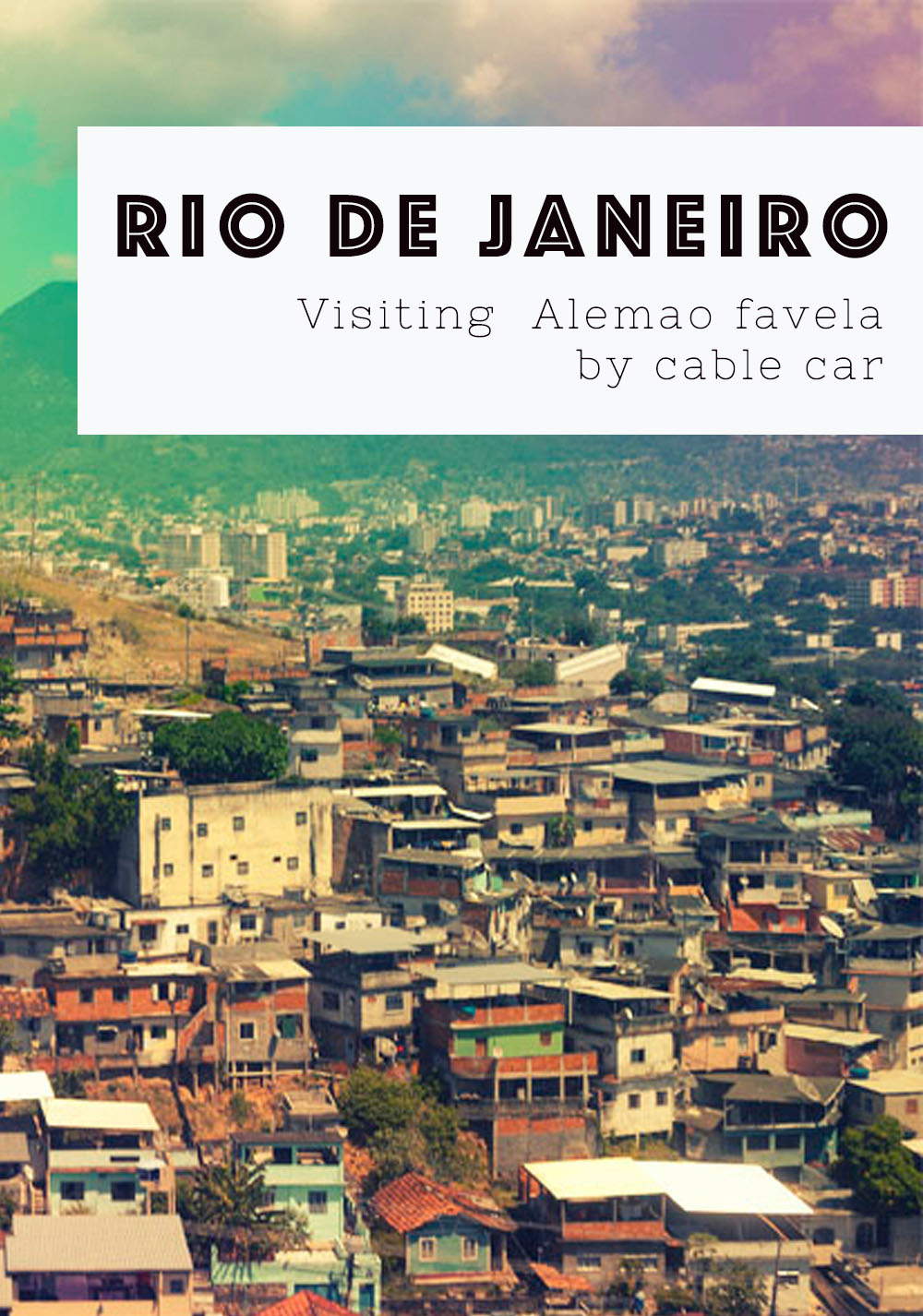